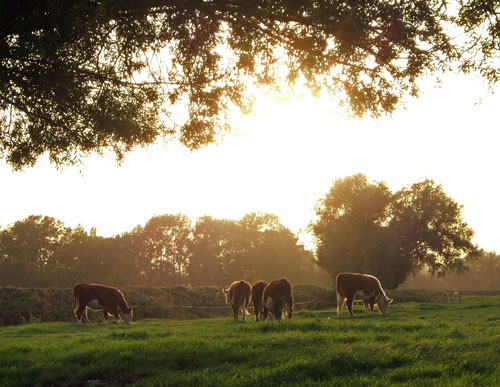 A little over five years ago I met Woody Shoemaker. We were both pastors. Most recently he had pastored in the Flint Hills in rural Kansas. I had pastored in the lovely village of Fremont, Michigan. Our families both had relocated to downtown Flint, Michigan to take part in a ministry housed in a sixteen-story hotel. He headed up the college program and I was the director of the building.

While we were working together, Woody would stop by my office. I would brew coffee and we would talk theology, discuss the ministry, and compare notes. We enjoyed rich Christian fellowship. Our boys were best of friends. It was a great privilege, but it was an adjustment for both of us. We both loved the outdoors and the hotel was in the heart of the city.

We both found ways to adjust. He would visit his home in Kansas from time-to-time and ride his horses. I would get away to speak at camps and churches around Michigan. When he was gone I would keep an eye open for his charges. When I was gone he covered for me. When one of us would leave we would sincerely wish the other a season of refreshment.

Once when Woody had been away for a few days, his number showed up on my cell phone. When I answered there was noise on the line. It was the wind blowing over the mouthpiece on his phone.

“I couldn’t be better. I’m sitting on a knoll and I can see for miles in every direction. I am on horseback. I have the wind in my face and the sun on my back. I can get a little reception here and I wanted to call and describe what I am doing.”

“Hey, Woody. I couldn’t be happier for you. Everything is under control here. Take your time. We’ll save some dirty jobs for when you get back.”

A few months later, travelling to a speaking engagement in west Michigan I scheduled a day on the Leelanau Peninsula and an afternoon hike out to Pyramid Point. The sky was clear, the lake was blue, and the islands were emerald green in the fresh air of spring. I stood high over the water and drank in the beauty. I called Woody and described the scene before me. He rejoiced with me and assured me that everything was under control.

Woody and his wife Gail and Lois and I would go out to eat from time-to-time. It was always lively, good, Christian fellowship when we were together. If I had known what that last year and a half would bring I would have gone out to eat with them more often.

We went our separate ways, Woody back to Kansas by way of Indianapolis, and Lois and I to a pastorate in Michigan. Gail got sick last year with cancer and just a few months ago went to heaven. She died gracefully, leaving a good testimony behind, a husband who loved her, three sons and three daughters who are walking with the Lord. The first thing I thought when I heard she had gone to be with the Lord was – I wonder how she would describe it if she could call us on the cell phone right now.

If she called I would want a full description and I would tell her that we will all get together one day and continue our long-suspended conversation.