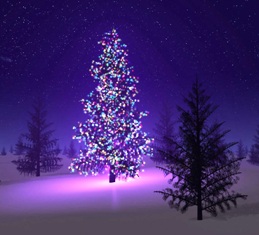 Fred’s dad was a troubled man. Because of his alcoholism the family lived in poverty. It would be easy to allow someone to be defined by their worst quality, but it would be a mistake. Here is a tought-provoking story I read in Fred’s biography:

Perhaps my best Christmas was the one that seemed the worst until some years later when I learned the mystery of it. The Depression was at is worst; the family purse was empty. I had overheard Momma say to Daddy that there would be no Christmas. There was no way. And yet Christmas morning our shoe boxes, set in a row anticipating Santa, held their annual goodies; an apple in each a tangerine in each, raisins still on the stem in each, a box of sparklers in each, a packet of Black Cat fire crackers in each. We were in business. Merry Christmas? How did it happen? I had the answer about ten years later. Momma said Daddy used a pair of pliers to pull one of his molars. That molar had a gold crown, put there by an Army dentist during World War I. Daddy removed the crown and went to the town where he sold the gold for enough to provide things from Santa Claus. Daddy never spoke of it and as long as he lived I kept his secret.

By Fred Craddock from Reflections on My Call to Preach