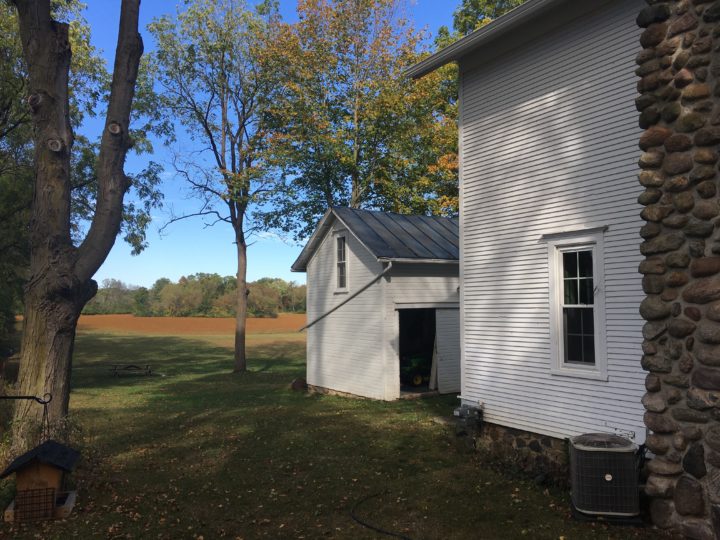 Things are peaceful on Bittersweet Farm. It almost seems the deer in the fields around us are beginning to trust us. The creatures feed closer and closer to the house every week. While we are pushing snow off the drive we are planning our bird-feeders and thinking about our flower beds and what else we may try to grow when winter leaves and spring arrives.

Bethel Church has been flourishing of late. Yesterday we welcomed nine new members and received membership applications from a couple more. I’ve joined the choir. Saturday almost every seat in the church was filled for a memorial service for Linnea Strauss, the daughter of one of our elders and a young mother who died of cancer at 35. She had a dance studio and a number of her students paid tribute to her at the service dancing beautifully with tears streaming down their faces. Linnea is in the presence of the Lord, but she left behind a young husband, four children and hundreds who loved her and mourn her passing.

Saturday evening Lois and I drove over to a little berg south of Battle Creek and I spoke for a delightful Valentine event at North Athens Baptist Church. The pastor there Mark Bher is married to a young lady named Rachel who grew up in the church we pastored in Fremont. It was a pretty drive over and a delightful evening. There was a warm spirit in the church that night. Lois and I drove home in a light snow eager to be with our own people at Bethel in the morning.

If you can’t join us at Bethel my messages are archived at BethelJackson.org in audio and video. I hope they will be a blessing. My current series is called Growing a Family with a Life-Long Love for God. I’ll attach the video to this e-mail.

The Boy Was Born With a Deformity

Years ago a lad was born in Belfast, Ireland with a minor physical deformity. He was born with only one joint in his thumb. He would later tell others that he was extremely clumsy in sports because of the deformity.

A failure in sports can be a painful thing for a young person. I’m not sure how he felt about it. I do know this: Because of his inability to excel in sports he begin to write.

He died in 1964 and almost everything he ever wrote is still in print and selling very well today. They make movies out of his stories and he is admired around the world.

He may be the most popular Christian apologist of all time. But if he had not had a physical deformity he may never have published a word and the world would not recognize the name C. S. Lewis. We would never know the land of Narnia or the clear compelling logic of Mere Christianity or the wit of The Screwtape Letters.

What must have seemed a bitter providence for a few years has brought great sweetness to the world.

Lewis applied to study at Oxford in 1917.  He would need to pass to “Responsions” an exam required for all students. There was a math portion and Lewis was strong in humanities but weak in math. Apparently he spent his time reading and writing and not ciphering. Lewis failed the exam because of the math section. He was not accepted to study at Oxford.

He volunteered to serve in WWI. He was wounded in battle on April 15, 1918. He lived, but would not return to the war. About that time Oxford, in a show of good-will toward veterans, suspended the Responsions exam for soldiers returning from war. Because of that he was able to study and eventually teach of Oxford.

He wasn’t good at sports. He wasn’t good at math, but his gifts continue to bless the world. Don’t mourn what you can’t do. Use the unique gifts God gave you to do what He put you on earth to and trust in his providential care even when things are dark or difficult or confusing. Sometimes what seems good is bad and what seems bad is good.