This Week on Bittersweet Farm 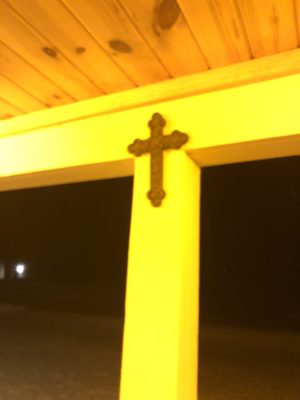 Things have been quiet. They are usually wonderfully quiet and peaceful out here. It’s not remote but it is beautifully rural. The noise of songbirds is picking up. We’ve had a couple late-season snow-storms an the past couple weeks. They add a white beauty to a world waiting to turn green.

When first I laid eyes on this house one of the first things the leapt into my imagination was a picture of me sitting on this porch on a Saturday night going over my message for Sunday morning. I’m looking forward to hours of quiet contemplation, listening to the voice of God in the turning of the seasons, to the bird songs wind in the treetops.

Last Sunday morning a three-quarter moon was setting in the west. The sun was about to rise. I stood outside in quiet worship before I left for the church and captured some pictures for you. 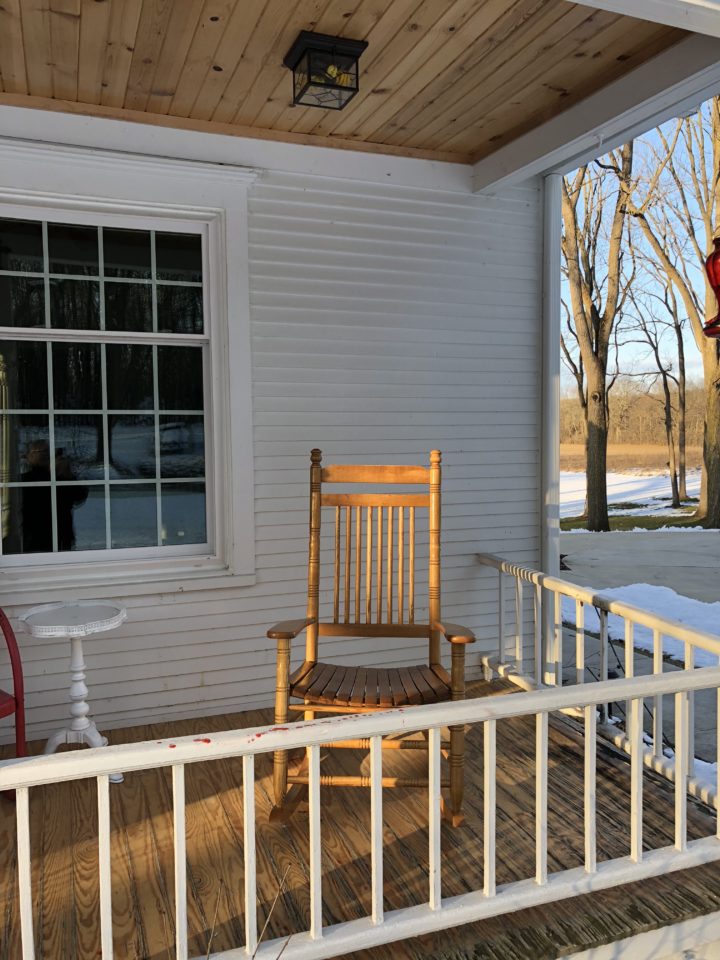 Last Sunday morning a three-quarter moon was setting in the west. The sun was about to rise. I stood outside in quiet worship before I left for the church and captured some pictures for you. 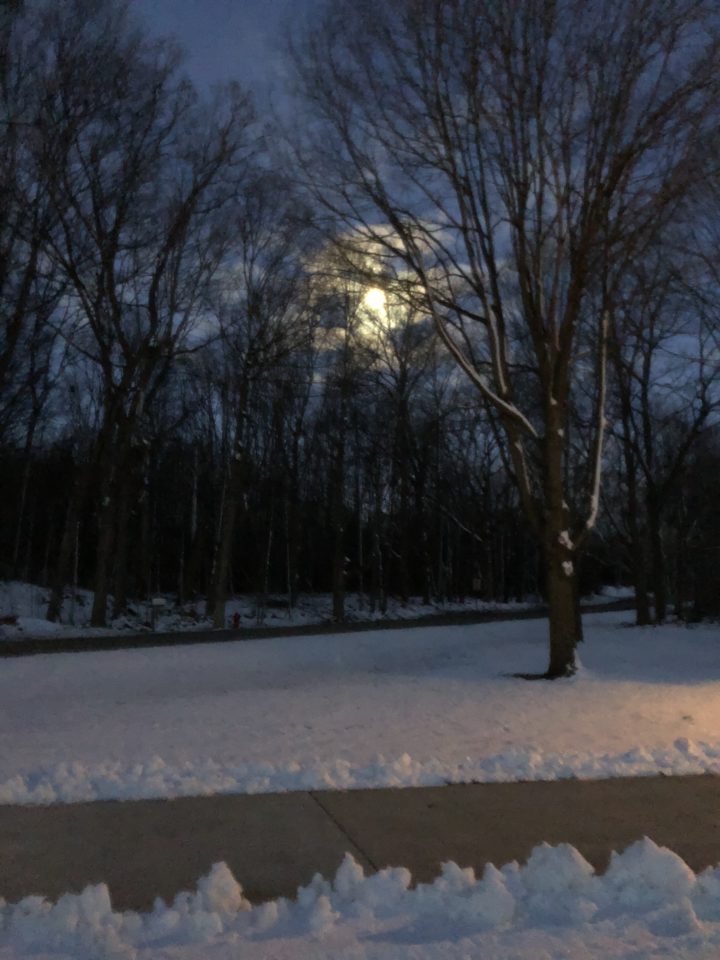 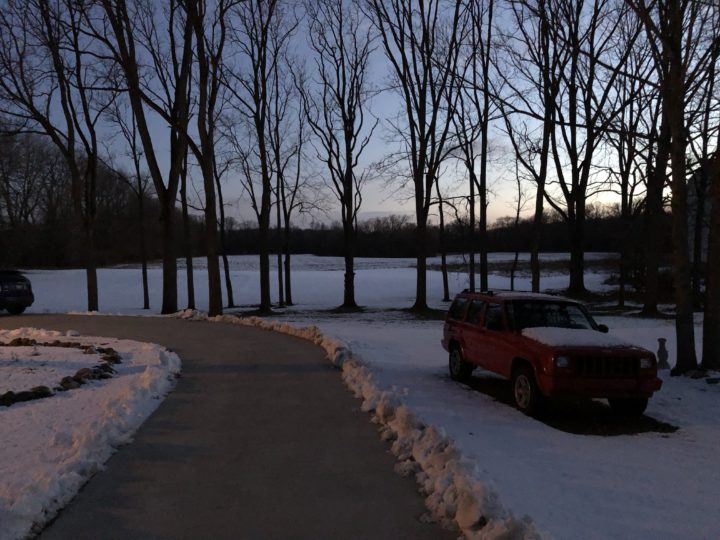 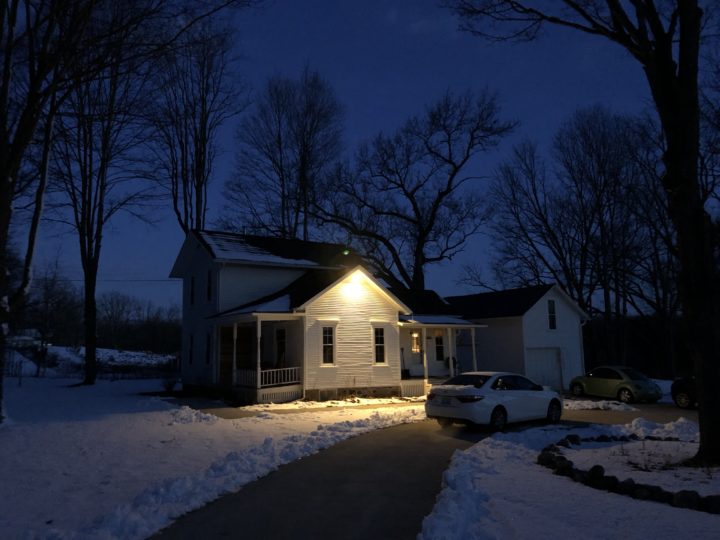 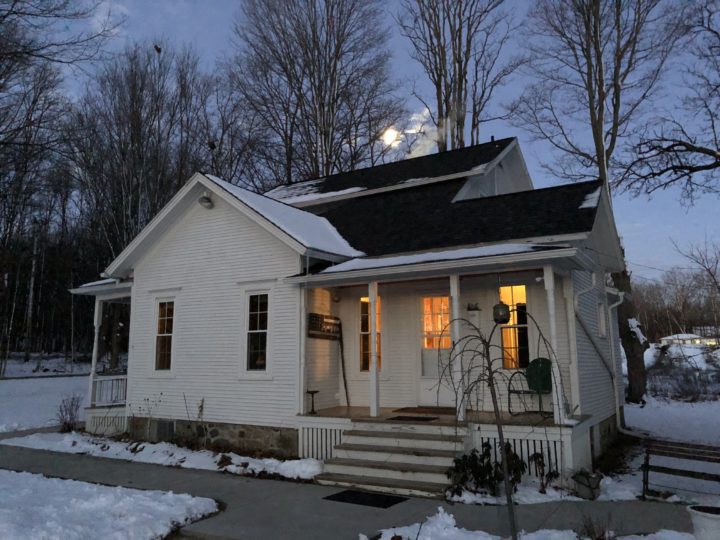 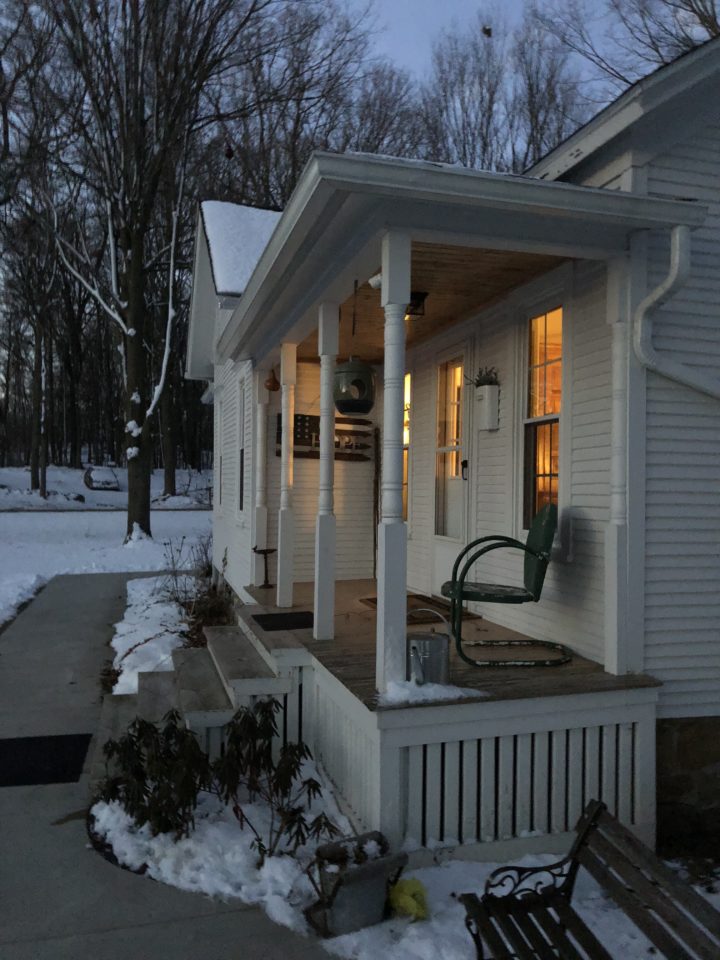 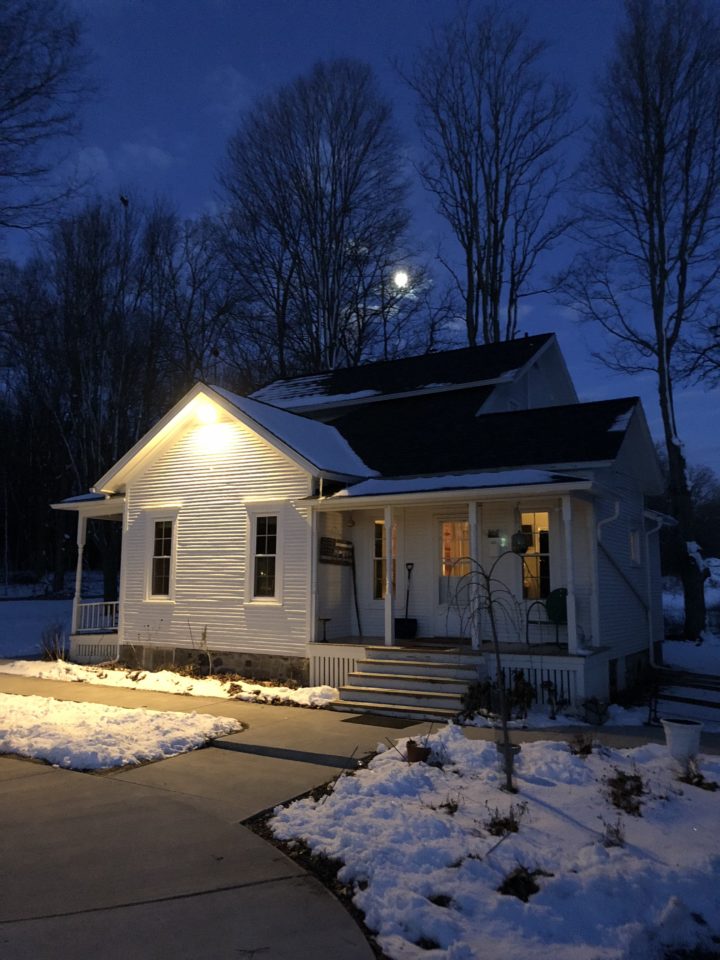 Be An Answer to Someone’s Prayer

We camped out one night, the boys and I, in the Red River Gorge. It was a good memory but a really poor night of camping. When we pulled up stakes and broke camp and left there was no attendant to take our money. When we arrived late the night before there was no one there to take our money. I drove away knowing that I would be back by this way later in the day and I could pay then for the night’s stay at the campground at Natural Bridge.

Later that day I packed up my bright Red Jeep “George” “Red River George” to head back to Michigan. I would be traveling alone save for the company of our faithful Yorkie, Hazard (who you may remember is from the Bluegrass himself). I pulled out of Campton and in a few minutes and was descending the hill at Slade into the Red River George.

I thought about not paying. We had not been there long, but at last my conscience prevailed and I pulled down into the campground and paid for a our poor night’s stay. The attendant was pleasant and we chatted for a while. I had a long trip ahead of me and now I was a bit behind my schedule.

Out onto the Mountain Parkway I pulled. There was still a mist in the mountains that morning and there was almost no traffic at all on the Parkway that claimed and descended the mountains and wound and wove thorough the dense Daniel Boone National Forest.

After a few minutes a sight ahead caught my eye—a distressed motorist in a little red Ford Focus was broken down on the side of the road with a thoroughly flat tire. Behind the car was an elderly lady looking into her trunk.

I pulled up behind her.

“Can I give you some help?”

“O, I was just standing here praying that someone would come alone who could help me.”

“Well,” I said; “It not every day you get to be someone’s answer to prayer. I ask God every day to give me opportunities to help people so it looks like you are an answer to my prayer too.”

In a few minutes I had her little “donut” spare in place and she was headed toward Lexington to have her tire repaired. I followed her until she got there to be sure everything was OK. I had not thought to tell her that the maximum speed on a donut tire in 45 or so… This dear grandmother put her foot in it and drove all of 70 miles an hour all the way to Lexington. Her guardian angels must have been worn out by the time they got her safely there.

I hope you have a good day. I hope you are answer to someone’s prayer. I hope someone else is an answer to your prayer. Oh, and pay your honest debts, too. If I had not I would have missed being an answer to prayer that day.