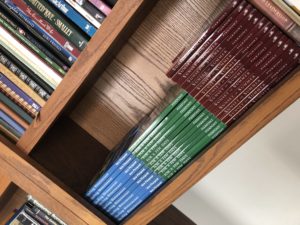 The sky was clear and it was warm out on Bittersweet this weekend. We are in the greening of the year and the birds are returning. We have been visited by a bluebird and a brilliant oriole. His song is a welcome sound. Here in the Mitten we have been waiting a long time to feel the sun on our necks. The sensation is blissful.

Yesterday I was tinkering around with George the Red Jeep and was delighted by a visit from Mark Haavisto. Mark holds a special place in my heart. He was the chairman of the pulpit committee that invited me to Bethel. He rode his bike out our way. We sat on the evening porch and talked. He’s a Michigan man and partial to Vernors, but we treated him to an Ale-8 so now he is more culturally rounded. I love Mark and I love conversation with people who love the Lord so his visit was a highlight of my day. Mark said; “I don’t normally cry, but when I read Finding Bittersweet, it was hard to put down and it made me cry.”

While we were chatting on the porch, Dave Reeverts from Bethel pulled up. He was on the way home from a tractor show in Jonesville hauling a Ford 2-N, modified with gray and blue paint complete with a V8 engine. He came by to sharpen my mower blades. Our son-in-law Dale and Hope’s special friend Tim helped me get the snow blade off and the mower deck on. I spent some time with my little trailer picking up windfall branches and mowed. Now the back acre looks like a golf course. 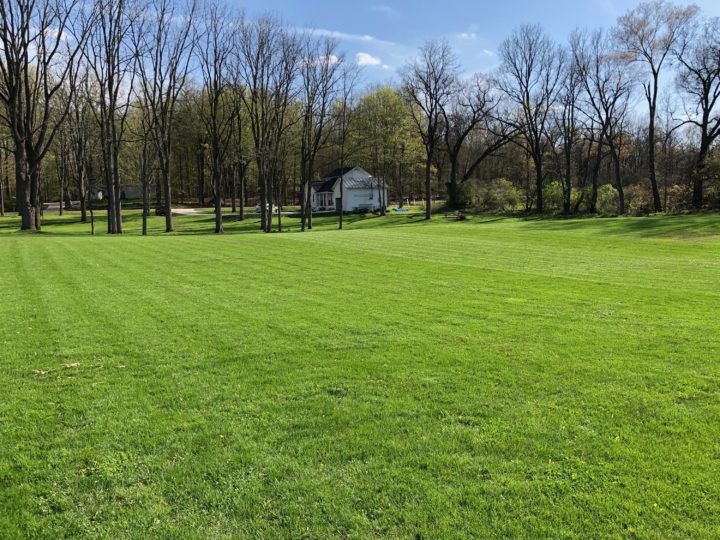 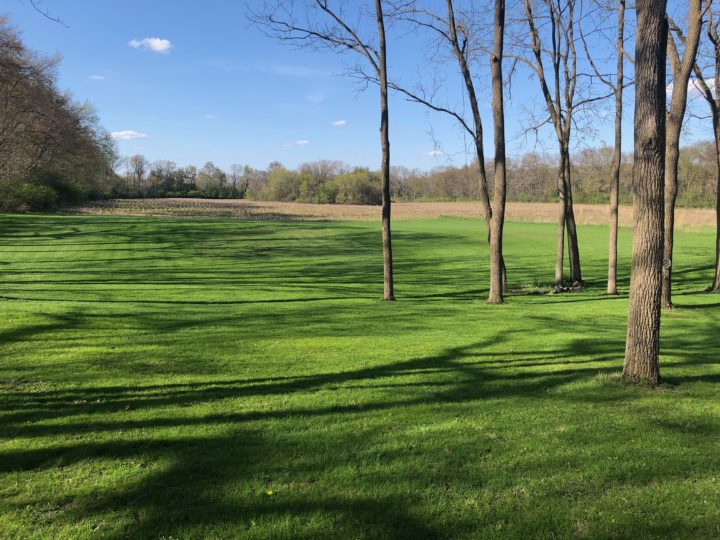 Our Men’s Breakfast was Saturday morning. The breakfast was hardy; buttered pancakes, sausage, juice and coffee, scrambled eggs and plenty for everyone. We pushed back our plates and fell into conversation about what it means to walk in the Spirit. The men leaned into the lively give-and-take. Time passed quickly. We broke up the meeting with reluctance. We all had a sense of the presence of the Lord. A few lingered in rich conversation for most of another hour. We welcomed new members again at Bethel this morning. It’s thrilling to be a part of such a flourishing church.

This week I will take in the Basics Conference at Parkside Church in the Cleveland, Ohio area with Pastor Leo Cumings, my bother-in-law Jim Evans, my brother Kevin and his son Zach, and our youngest brother Nathan. I’m looking forward to the music and preaching and the refreshment of spending time with brothers who are devoted to God. I believe in the communion of the saints. I love the church. That is why the church must act like Jesus when it comes to this important issue:

Abused Women in the Church

This week a young lady told me that she was searching for a pastor who would support women who had been abused. She came upon an article I wrote; “When the Church You Love Hurts the Women You Love.” She came to Bethel and now she is a part of the Bethel family. She told me
the sad story of an old friend who had been sexually abused. Her friend reported the abuse, but the leaders refused to believe her. In despair she took her life. Her abuser has still not been held to account for what he did and continues as a religious worker with access to young people.

I’ve personally experienced the shock and betrayal of churches and pastors who turn their back on abused women. I’ve seen leaders, looking directly at the photos of the physical abuse, refuse to act to protect the abused woman. I’ve seen them rebuke the woman for coming to the deacons to seek their understanding and protection. I’ve seen a highly esteemed pastor back away from his promise to help an abused wife because he did not want to get his hands dirty with it. He did not want to be charged with mishandling a case of marital abuse. Presented with evidence of the husband’s abuse and dishonesty he still refused to help the woman. A few months later the abused woman was dismissed from the church membership. She is now a single mother living in great hardship. The churches and pastor who mistreated her, the people who plotted to deprive her of means to support her children, have guilt on their hands before God.

In the Sermon on the Mount he said; “So if you are offering your gift at the altar and there remember that your brother has something against you, leave your gift there before the altar and go. First be reconciled to your brother, and then come and offer your gift.”

If you have harmed or abused a person, if you are a leader who has refused to listen or beleive or protect an abused woman and allowed her to be exposed to danger and hardship, if you have turned your back on the little children who suffer because their mother has been plunged into hardship, Jesus does not want your gift, your song, your religious observance. He wants your obedience. He wants your repentance. He wants you to go back to the person who has something against you and make it right.