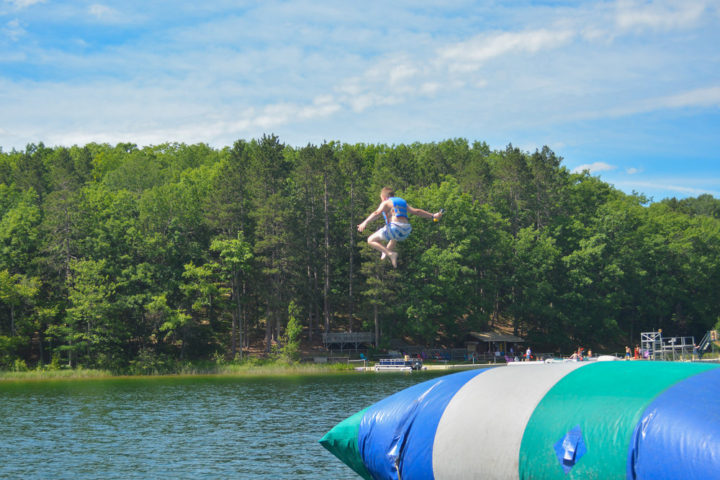 I often remember fondly of the simple church camp of my youth. Let’s just say, it wasn’t Barakel. There was no lake, no pool, no waterslide, no waterfront, no pond, really nothing involving swimming or water if you don’t count the unauthorized blow-out water-ballon fight we would have on Friday night after we were supposed to be lights out in our beads. It involved shaving cream, water balloons, and a variety of other sticky, messy things and it was called; “Wipe Out.”

There were some very sincere, good Christian people there, but funding was thin and few of them had the gifting to organize things well enough to keep us out of mischief. They loved us and fed us and exhorted us. They taught us and warned us and prayed for us and they tried to arrange fun things for us. But usually we made our own fun.

One year I was a counselor and I may have been a little too distracted by my girlfriend who was a counselor. When I wasn’t looking my boys created their own slip and slide—which sounds innocent enough on the face of things but this was not your grandmas’s slip-n-slide. This was made by pulling back the shower curtains and running the water out onto the smooth concrete floor, taking off your clothes, lathering up with a bar of Irish Spring and getting a good run and sliding on your tail the length of the shower room and out over a little drop and onto the floor of the dorm. This was an all-male naked Christian slip and slide.

The really slippery, athletic, bold guys could slide almost to the front door of the dorm… There was a little privacy wall there to keep the girls from leering to the men’s dorm. It was a riot and entertaining even for those of us who only watched and laughed until our sides hurt.

But all good things must come to an end which happened when one soapy kid slid out of the shower room, through the width of the dorm, and out the door at the exact same time our camp speaker stepped around the corner in his black suit with his Bible under his arm. (No, I am not making any of this up. I promise you. I have a witness. My little brother and I were having a good laugh about this the other night. He was a camper that summer).

The water sports were cancelled after that and we were back to ping-pong, shuffleboard, and tether ball—with our clothes on.

I still have a fond affectionate feeling that wells up in me when I remember standing around after the evening meeting, sipping a little paper cup of cold Mountain Dew and talking as the cool of night came on.

It’s a miracle any good ever came from the goings-on at that camp, but God was there and miracles do happen, and people prayed, and gave, and served, and sang and preached and God really did show up and we met him there and that was sweet and stimulating to the soul. I got a taste of the sweetness of Christ and a glimpse of the glory of Christ and I wanted more.