Calendar Spring Yesterday was the first day of “Spring” out on Bittersweet Farm. The sun shone. The temperatures rose. The birds sang. The Sandhill Cranes flew over calling out with their crackling call as if to say; “Spring is coming. Spring is coming.” Hazard and I took a walk and met a few neighbor people and neighbor dogs we have not seen since last year. Here in our part of the world March is winter-like most of the month with a spring-like streak here-and-there. April still can feel wintery some, but we’ve had a taste of spring and spring and we are looking forward to it. 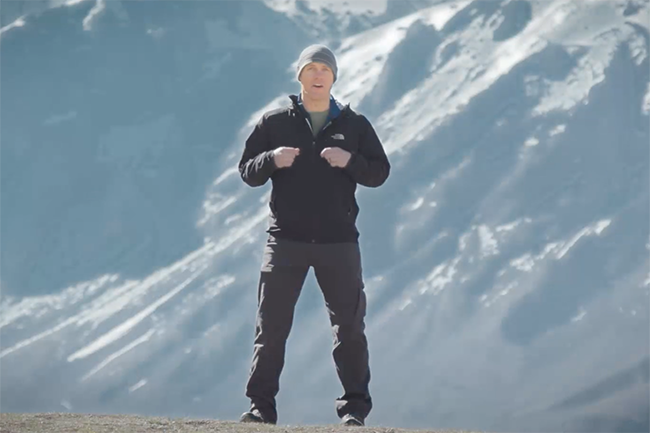 I spent a good part of yesterday reading a book by David Platt called Something Needs to Change. It is a fascinating book, a travel-narrative that reads like the book of Acts.

An Acts-Like Venture David Platt spent a week visiting villages high up in the Himalayan Mountains near Tibet. He was guided by a man named Aaron who had travelled to the area twenty years earlier to hike with friends. The things he saw broke his heart and he hiked out and determined to quit his job and come back and help the people who were dying of preventable diseases, losing their daughters to human trafficking, and living in deep spiritual darkness.

Nabin Their interpreter was a believer who had been abused and mistreated in his youth because his mother had died and his step-mother didn’t want him living in the house. People in the region, if they had a child with special needs would assume it was a curse and make them lived chained in a barn. His name as Nabin. Nabin was sent to live in the barn. One day Aaron was traveling through the area and asked for a place to sleep. A family said he could stay overnight in the barn. As he prepared to sleep in the darkness he heard and noise. He thought it was an animal, but it was Nabin. Aaron told Nabin of Christ and Nabin began to walk with Christ and helped Aaron in his mission. He lived chained in the barn for ten years until Aaron came and freed him.

Sex-Trafficking In one village Aaron said, “I want you to notice the complete absence of any young girls from age 7 to 15 years old.” The village had been emptied of young girls who had been sold off into sex slavery. The descriptions of this in the book are so sad I cannot bring myself to repeat them.

Hunger In one village a little girl came out to greet him and clung to his hand smiling. She would not let go of his hand. As he left the village she tapped on his pack—knowing there would be food in it. They had been strictly told not to give food individually. This would bring trouble. The little girl began to beg and plead. He had to pull her hand away and almost run away from her.

Spiritual Darkness. In a village named Lhuntse he met a young woman named Alisha. Aaron said; “Today you should ask her about her family.” Walking along the mountain path and that day the story spilled out.

Alisha’s grandfather was a “Devil-Talker.” People believed he could communicate with the devil. When she was born he said she was born on a bad day and that she would grow up to worship the devil. Her parents were afraid and offered sacrifices to the Devil every day on an altar they had built. The would send her out in the night to leave an offering for the Devil.

One day a blind man made his way along the dangerous mountain path to the village and told a story about a man no one had ever heard of before. The blind man said he was more powerful than the Devil. He said the man came from heaven and died and rose again and paid for the sin of the whole world.

Her father believed. The blind man gave him a Bible. Everything began to change. Soon her mother believed in Jesus, too. Her grandfather was angry and afraid. In the village the people feared that the devil would be angry so they shunned her parents and did not allow them to get water from the village well.

For years the village leaders always said, “Don’t believe in this Jesus. If you do you will anger the gods and bad things will happen to you like they did to her parents.”

Alisha left the village and went to the city. She found a church, counted the cost and was baptized. After she completed her education she returned to the mountain where she teaches school and tells others of Jesus.