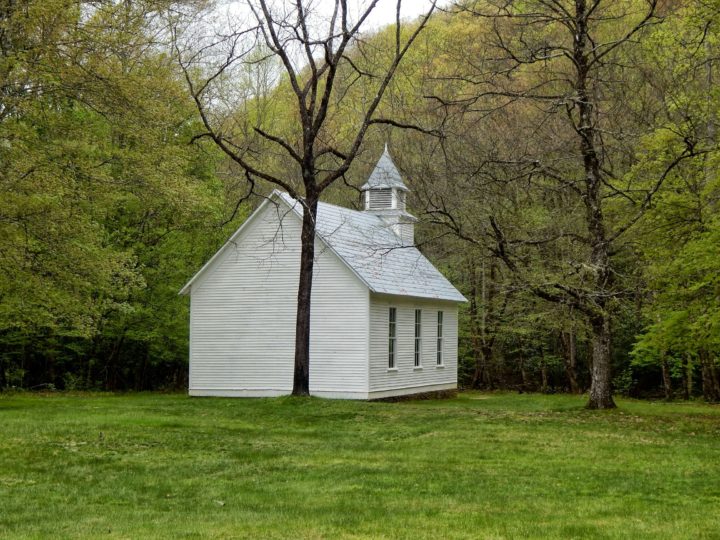 How Many Acres Are You Farmin’ ?

In the last number of years I have noticed a besetting sin that I struggle with. I have had this struggle as long as I can remember. It’s only been in the last few years that I have really began to see it and realize the damage it has done to my soul and to my ministry. I’ve also begun to notice how it has hurt so many others.

How do you evaluate a church? I’ve struggled all my life with the temptation to measure a church by its attendance. As a boy my dad was a pastor and I wanted his churches to grow. I started pastoring my own church when I was still in high school and I have spent countless hours thinking about what makes churches grow.

When I was young my dad was a bi-vocational pastor. He was a school teacher and pastor. He made his living as a teacher but his passion and his heart were devoted to building a church. He pastored small churches. Most of them drew fewer than 100 a Sunday. One church dad pastored for a few years while I was in high school ran a little over 100. After I was gone from home dad pastored a church that had as many as 200-300 in attendance but it did not last long. There was division in the  church even before his came and in his first year they pushed him out.

I grew up during the heart of the church growth movement and Dad was trained in a Baptist group called the GARBC. He regularly read independent Baptists, especially The Sword of the Lord and it publications, which featured articles and books flatly stating that if you did not win at least 200 people to Christ a year and baptize them you were not working hard enough.

Dad just never felt like he measured up to that standard. The little churches he took and tried to help were often small for very good reasons and the people in them did not intend to change the things that kept them small.

Not all big churches are good and not all small churches are bad. Attendance is only one measure of a church, and perhaps not at all the best measure of a church. I want to suggest that a church can be large well-attended or it can be small and it can still be a good church. Over the years I have poured my heart into this and I want to suggest a better way to measure a church, a better way to evaluate the health and vitality of a church.

The measure all my life has been budgets, bodies it the pews, buildings, in some circles the number of busses.

How Many Acres Are Ya’ Farming?

I have a friend who introduced me to the Farm Science Review central Ohio. We left our country early in the morning and left time for breakfast. When we arrived at the fairgrounds it was  a sea of hybrid seed-corn hats and John Deere hats and International Harvester hats. There were farmers as far as the eye can see. We had to park and ride a shuttle in. There were hundred of vendors each of them trying to sell things to the farmers. I noticed that the vendors had a question that they  would eventually work their way to asking in every conversation. The question was “So, how many acres are you farming?”

My friend loved farming but at the time he was working for a utility company. He was a fine, honest, talented, hard-working man, but he did not have a lot of cash on hand and a the time he didn’t farm any acres. When the men would ask him how many acres he farmed and he told them. “None,” they would quickly abandon their conversation with him and start looking over his shoulder for the next customer.

When I saw that happen a few times my heart was sick and I remembered the feeling of watching my dad with his fellow pastors at pastor conferences and hearing them ask the pastor equivalent of the very same question; “So how many you runnin’ on Sunday morning these days?” It was never an impressive number. It was always little embarrassing. “Oh, we are just a small church,” Dad would say smiling warmly. But standing in the circle of men around my Dad my heart would ache. I did not know a finer man or a more hard-working sincere pastor then my Dad. My little soul often asked the questions, “What makes a church grow? Why do my Dad’s churches not grow more. He is so faithful? I often thought that many of the problems we had in our churches would get better if Dad could just gather more people. It didn’t at the time so much occur to me that the problems endemic to the churches were the main reason we didn’t add more people.

Dad came home from a pastor’s meeting one day when I was a teen (which he attended in order to be encouraged) and he related a painful incident where an old college acquaintance had leaned back in his chair and shouted across the hall to my dad, “So, Kenny, what little berg are you pastoring in these days?”

Dad laughed but I know he felt he sting of it for years. The man who insulted him was disqualified for ministry because of immorality a few years after that. When I discovered it and eagerly reported it to my dad he immediately fell to his knees and began to weep and pray for the man, his family and his church.  That was over 40 years ago and dad has faithfully tended his little flocks in the wilderness all those years, preparing messages, cleaning and repairing the church, raising money, making hospital calls, counseling, witnessing, passing out tracts, loving people, walking the roads of his perish and praying for people he passes their homes.

Dad once told me, “I don’t know, Ken, some of those meetings a like peacock shows sometimes.”

There Has to Be a Better Way

I think there is another way to measure the success of your ministry. I would like to set aside the old metrics of measure that we have used so long and suggest another way. Instead of size, what if we were to measure a church by its stories? Stories of people who are following Jesus afresh. Stories of reunited families. Stories of people gettin off drugs or starting family devotions. What if we measured a church by its stories of God’s grace, restored homes, deeds done in love, sacrifices made, people who listened to others when the hurt, elderly people visited.

A tree can reach maturity and it will stop growing but it can still bring forth fruit and display full flower and foliage. Some churches are in small places. Some are served with people of modest gifts. Some churches pastors are gifted a tend a little flock in the wilderness. Some are gifted to preach to large crowds and lead complex organizations and build impressive building or cathedrals. Some are gifted by God to gently shepherd a few in a wayside chapel.

Do you have fresh stories of God’s people doing what God asked of them? Do you have stories of young people serving God? Can your church tell a story of a faithful pastor, Sunday School teacher, deacon, elder or Awana leader? Can you tell stories of people you have prayed for and loved and engaged in Gospel conversation? Can you tell stories of children and youth going to camp? Can you tell stories of children who grew up in the church and still walk with the Lord? Are there stories you can tell of people who humbly joined their voices with the others in the church choir for decades without demanding a solo? Are there elderly ladies that have given themselves to visitation for years and received no money and little praise for it. Are their srories of faithful givers and men who have use their own hands and gifts and tools to repair things around the church quietly for years—men who would be embarrassed to be mentioned publicly?

A church with testimonies of God’s faithfulness is a good healthy church regardless of their size or budget or the speaking or leadership gifts of their pastor.

When someone whispers in your ear “How many acres are you farmin,’” here is now to answer; “Let me tell you a story. Last fall  some of us were out raking the leaves from the churchyard and we noticed the elderly lady across the street had gotten behind on her leaves. A coupe of the men and their sons walked over their and just started raking her yard. It was a beautiful October afternoon. In thirty minutes they had raked and gathers all her leaves. One of the men loaded the into a pickup truck. As they loaded the last of the leaves the door opened and the old woman stepped out onto the porch and tearfully thanks them.

“My son has diabetes. This year they tool off is leg and he can’t help me with the leaves anymore. I didn’t know what I was going to do. How much do I owe you?”

“We won’t take any money. We just wanted to be good neighbors.” They found our where her son lives and went over to rake his leaves too. At Christmas time she made her way over with a tea ring on for the pastor and his family and said, “Thanks for being such good neighbors. What time is the Candlelight Service my son and I are going to come this year.”

I don’t know what the total attendance was really but we love to tell that story. When we were singing Silent Night I noticed that the boys who raked her leaves had tears on their faces.

In a couple weeks my dad will retire after 60 years of ministry. He just does not have the strength to do what needs to be done anymore. Dad pastored his last church for about 11 years. 9? One fall afternoon were in the back yard of his parsonage and we were taking some pictures in the leaves over against the picket fence that once stood there. I asked about the neighbors. Dad said; “They go the our church.”  He went on to tell that they were far from God when God led mom and dad to pastor the little church. Mom befriended her. Dad called on him in the hospital. There are a sweet German couple. Now both of them a saved and baptized and attend the church. The super-star pastors of the big churches in far away places don’t now them but Dad and Mom will move away in a couple weeks, but they will tell the story until they die of the sweet German couple who live next door to the church and will spend eternity with the Lord.

I say let’s stop making numbers the main measure of the church and let’s use stories to measure its faithfulness, not the way of the high-powered city businessman, but the simple way of the Village Parson.