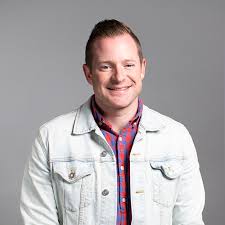 Jason who is a pastor on staff at a church in Minnesota received an e-mail from a young man he called “Eric.” In the spring of 2017. He lost job of 15 years. He turned to pain killers, Jim Beam, and Jack Daniels. On way to a job interview he stopped for gas even though he knew he had not money on his debit card. He decided to just run the card and play dumb when it didn’t to though. The attendant ran the card and it declined.

“Your card declined,” the attendant said.

The man behind him said. “Let me pay for you gas. I insist.”

He let him pay. The man who paid for his gas followed him out to his truck and invited him to visit his church Eagle Brook Church in Woodbury.

The guy was relieved to be able to tell him he lived in Blain and Woodbury would be too far for him to drive. The man said, “We have a new campus in Blaine.” Eric is not at all religious and politely turns him down.

Twelve months go by. He plunges deeper into drugs and alcohol. Things get bad at home. His teenage daughters are growing to hate him. He wife told him to get out.

One night he grabbed shotgun and last bottle of booze. He was going to drive out in the woods and end his life but the route he took went past Eagle Brook Church in Blain. He pulled into the parking lot and remembered the man who bought his gas.

He said, “I visited the church and it was as if God was speaking directly to me. I gave my life to Jesus and asked forgiveness. I walked out with hope.”

He asked his wife to go with him to church. She agreed but still insisted he move out. That Sunday after church they went for a picnic and he sought forgiveness from his wife and daughters. He told his daughters he was going to check himself into treatment. They wept and held each other.

That Sunday night he came to church support group and the next morning checked himself in to Teen Challenge.

The pastor inquired a number of months later for permission to tell his story. Eric wrote back and said; “I’m still in Teen Challenge. I’m still sober and I will be here until July.”

Always be alert for the Spirit to prompt you to love people around you who may be far from God and desperate for help.

Jason Strand, Teaching Pastor at Eagle Brook Church told this story in a message given December 23, 2017.

The Power and Influence of a Listener