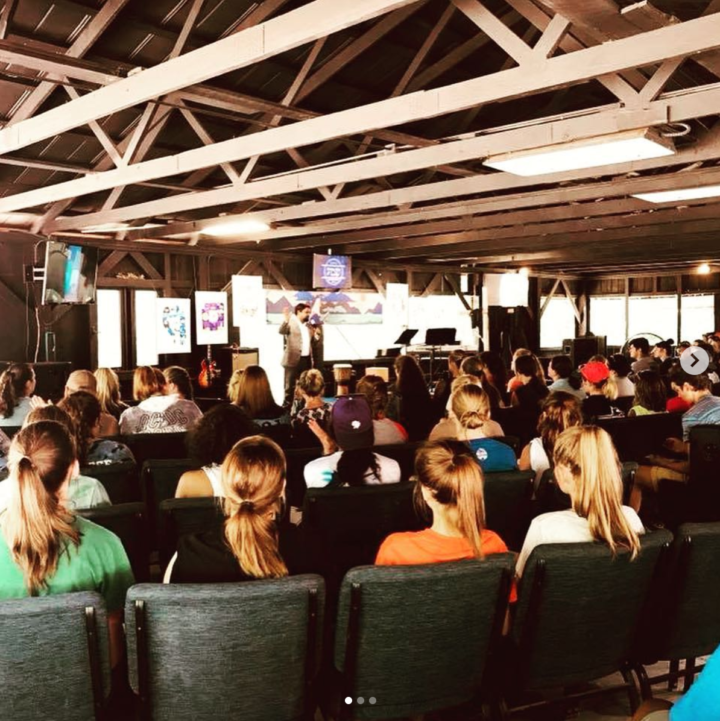 Six Ways to Influence the Next Generation Spiritually

“Give ear, O my people, to my teaching; incline your ears to the words of my mouth! I will open my mouth in a parable; I will utter dark sayings from of old, things that we have heard and known, that our fathers have told us. We will not hide them from their children, but tell to the coming generation the glorious deeds of the Lord, and his might, and the wonders that he has done. He established a testimony in Jacob and appointed a law in Israel, which he commanded our fathers to teach to their children, that the next generation might know them, the children yet unborn, and arise and tell them to their children, so that they should set their hope in God and not forget the works of God, but keep his commandments;” (Psalm 78:1–7, ESV)

Through my over forty years of ministry I have done some crazy things to get try to influence and inspire the next generation to follow Jesus. After attending the Summer Institute in Youth Evangelism I got a curly permanent once because I thought it would kinda’ impress kids to follow me follow the Lord. I once nearly died in a dirt-bike crash trying to impress a kid I was trying hard to influence for Christ. He is a faithful believer today—but I’m not sure the dirt bike had anything to do with that. I know a guy who used explosives to illustrate one of his talks at camp and another who rode a skateboard into chapel and jumped the altar… I’ve seen YouTube videos of pastors riding Harley’s into their building to impress people—with really embarrassing results. Why is that? I will tell you why. When people really know God in the deepest part of their hearts… more than anything they want to pass down that faith to those they love most in the world.

When you still have them at home you can walk in the next room and have a long talk. You can take them to coffee. You can hike and camp with them in the rain… but when they move away and your opportunities are limited or when they seem to resist your influence for you see them making questionable choices…. What do you do then?

If we are wise our goal is to train them for incremental release as soon as possible. Recently I saw our son took our oldest grandson on a personal camp out, tent, bear siting, big lake, jet boil coffee The Who deal. I said; “Kyle did your dad give you the “talk” about girls… “No.” I said to Kyle, what did you talk about. He said; “I just wanted him to now that I love him and that I want him to love Jesus. That is all.” But he just has a few years for that and then how will we influence him?

Luke, the gospel writer tells a story about an old man of spiritual influence. His name was Simeon. Simeon was an old man who was a spiritual influence on generations to follow him. Luke wrote that he was a man who was led of the Spirit. Once our children are out of the home they move out from under our direct authority and training. I once heard someone say that when they are in our home they are in the chain of command, but as they mature we want to move them into our circle of influence. It is important that we don’t lose hope and confidence in our ability to influence them spiritually when we do not have direct control. In fact wise parents try to move their children out of the chain of control—command and into the circle of influence as soon as they can.

Here are six things ways to have a powerful spiritual influence on the next generation even wen you are no longer in direct control. Indirect influence .

3—Seek the Spirit’s Conviction to be tender over sin “But if we judged ourselves truly, we would not be judged.” (1 Corinthians 11:31, ESV)

5—Seek the Spirit’s Clearance About What to Say and When to Say it.

““Do not give dogs what is holy, and do not throw your pearls before pigs, lest they trample them underfoot and turn to attack you.” (Matthew 7:6, ESV)

“About this we have much to say, and it is hard to explain, since you have become dull of hearing.” (Hebrews 5:11, ESV)

“To him the gatekeeper opens. The sheep hear his voice, and he calls his own sheep by name and leads them out. When he has brought out all his own, he goes before them, and the sheep follow him, for they know his voice. A stranger they will not follow, but they will flee from him, for they do not know the voice of strangers.”” (John 10:3–5, ESV)

2 Timothy 2:24-26 Living Bible 24 God’s people must not be quarrelsome; they must be gentle, patient teachers of those who are wrong. 25 Be humble when you are trying to teach those who are mixed up concerning the truth. For if you talk meekly and courteously to them, they are more likely, with God’s help, to turn away from their wrong ideas and believe what is true. 26 Then they will come to their senses and escape from Satan’s trap of slavery to sin, which he uses to catch them whenever he likes, and then they can begin doing the will of God.

6—Seek the Spirit’s Resilience to never Quit in Discouragement. to the last beat of your heart.  “O God, from my youth you have taught me, and I still proclaim your wondrous deeds. So even to old age and gray hairs, O God, do not forsake me, until I proclaim your might to another generation, your power to all those to come.” (Psalm 71:17–18, ESV)

When I was a boy I attended a small camp in southern Ohio every year. There was an elderly bachelor pastor by the name of Souter Hoople who was always a counselor at camp. He was from deep in southern Ohio—in the part south of Cincinnati in Scioto County hugging the Ohio River. Souter Hoople was a pastor and a farmer. He had an orchard that he inherited from his father that was started when a man came through the area in the 1880’s—planting apple trees. They knew him as Johnny Appleseed.

Souter Hoople was a sweet, quiet, humble man. He love the Lord. He loved kids. He influenced many to follow Jesus. After the vesper services in the evening on the Old Christian Union Campgrounds the boys would return to the dorm and get ready for bed. To settle them down he would promise to play his harmonica when they got quiet.

He would walk up and down the dorm and play songs like Whispering Hope and The Church in the Wildwood while the boy lie quiet in their bunks spent from a day of rowdy play. Harry died in 1994. Souter lived to almost 95 years old and died in the year 2000.

I snooped around yesterday to discover some things about Souter and Harry and the Hoople Apple Farm… The farm still exists, though a late April frost killed the whole crop this year. They are closed on Sundays to put God first—the sign says. But I discovered someting even more interesting this week.

In 1969 Souter Hoople and his brother Harry had given away 33 acred of their family estate to build a Christian camp. In 1973 when I was 15 years old I would have been a counselor with Souter Hoople that year in Greenville—The camp, called Mt. Hope Bible Camp hosted its first campers.

Now in the hills of southern Ohio A-frame cabins dot the hillsides near a town called Otway. In those cabins on a summer night little boys and girls lie still after a long day of play and fun, friendship and food, chapel songs and messages and they listen to the crickets on the cooling night air. May even someone plays the harmonica while they go to sleep. The Hoople brothers knew and loved Jesus. They wanted other generations to know him too. 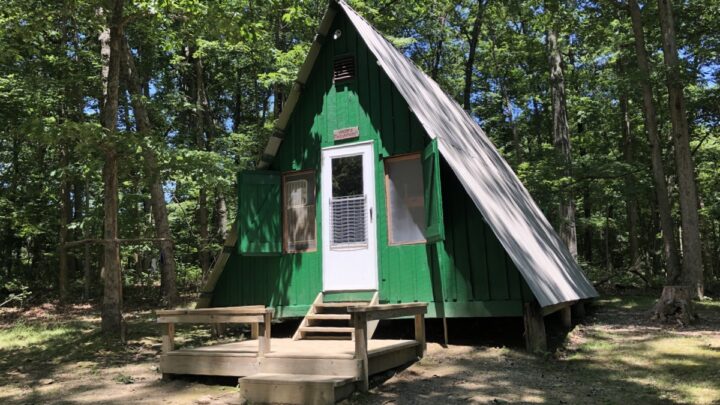 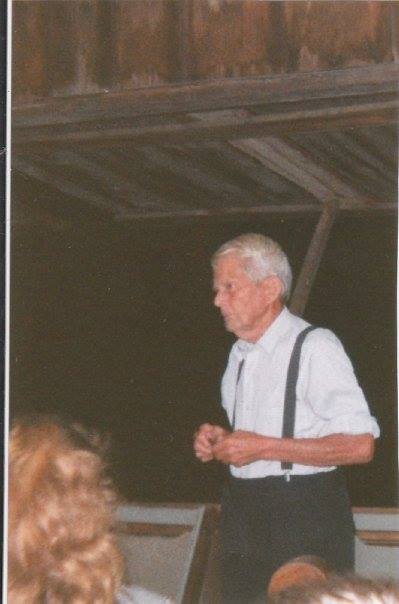 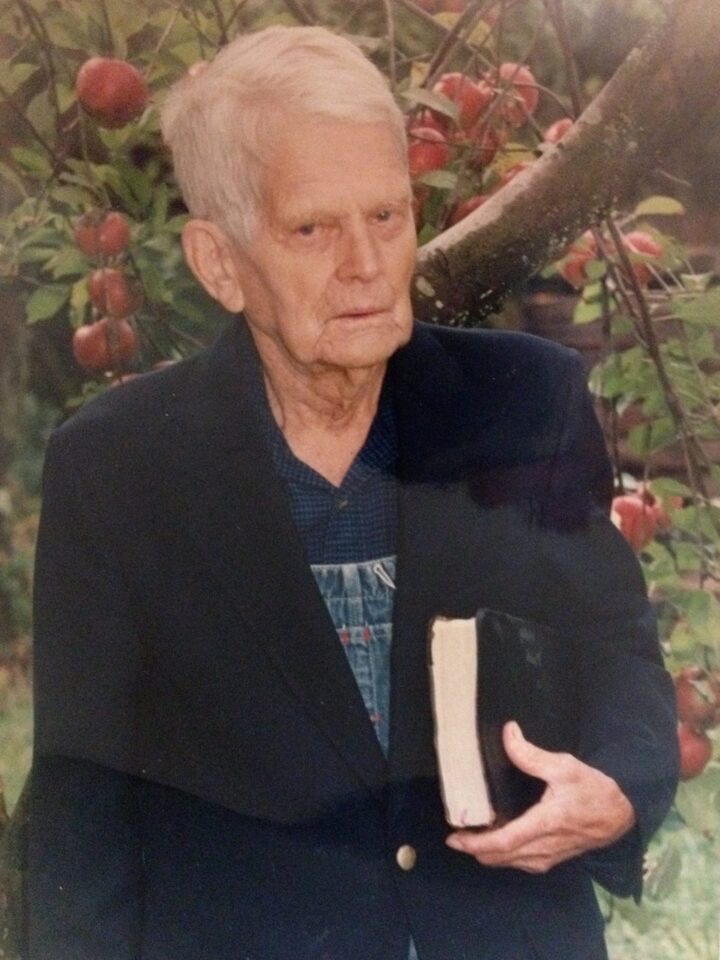