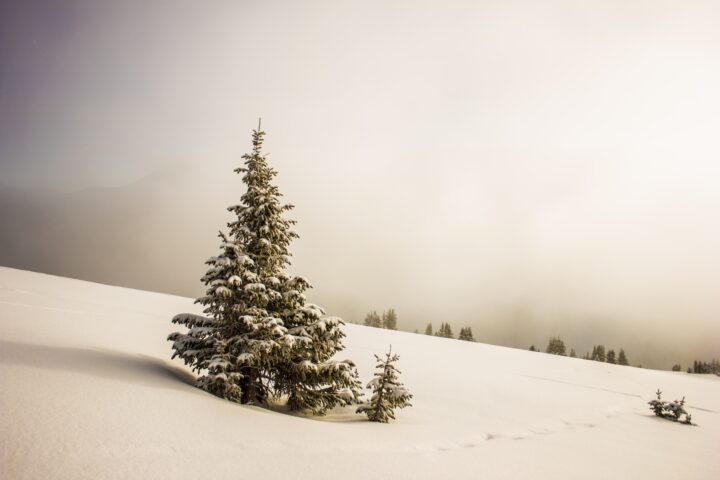 Christmas in a World of Hurt

Christmas 1993 we lived on Rutledge Road in Knox County, Ohio. One cold night a couple weeks before Christmas in the blessed days when our whole family lived under one roof, the boys and I hoisted a star of lights up into the gable end of the barn. All the girls were out doing some Christmas shopping. Our star could be seen from out on the highway and all across our valley. I can say with confidence it still shines in the hearts of each of our children. As long as I live the warm memory of it will shine in my heart.

We lived in a quiet valley, the only house on the dead-end road, except the people who rented the little trailer on the top of the hill. His name was Andy. He had a wife and they had two children, Lorali and Andy Jr. Our kids showed Lorali and Andy the star. They asked their dad to hang one. He climbed up the TV tower and wound a string of lights up there. Lorali and Andy Jr. were happy that night, but it would be their last Christmas in the valley.

On Christmas night there was a knock at the door. It startled all of us. We had not seen anyone drive up. The mom and kids were standing there huddled together in the cold when we opened the door. They had been crying. Andy had been drinking and it wasn’t safe in the trailer up on the hill. They needed shelter until her mother could come to get them from Coshocton. In an hour or so they drove off into the night and we never saw them again.

The Family In the Trailer on the Hill.

The next Christmas we made big plans. Food. Family from Michigan. Gifts for everyone. Special decorations. A huge fragrant spruce from the farm out on Pigeon Roost Road. Ginger, our golden retriever had a bow. We had a little Charlie Brown tree we harvested ourselves off a steep hillside over the railroad grade. It was bedecked with white lights to welcome our guests.

That morning the phone rang. The news was not good. Snow was coming. We were excited thinking how festive and beautiful it would be but Lois’s mother was afraid to drive in the snow. The family would not be coming. There would be no guests that year. Lois was devastated and her sadness affected all of us.

Andy lived alone in the trailer up on the hill that year. I wondered if Andy was home. We had more food than we could eat in the week. I walked up and knocked on his door. He opened the door and the house behind him was dark. “Do you have guests?”

“No,” he said, with sadness in his voice.

“Have you had diner?”

“I would appreciate it if you would do us a favor. We were planning on guests and they could not come because of the snow. We have a lot of food and we were looking forward to a party. Would you mind coming down for Christmas diner? We would love to have you.”

We had a nice, quiet Christmas dinner and shared all our favorite dishes with Andy. Andy was really not open to the gospel, but I hope something we did or said that night lodged in his heart. I hope he knew we cared about him and about his family. I hope he saw something of the love of God in us. I hope there were others who shared the truth with Andy and that maybe at a different time he was more open.

Things did not go well for him after that. Things did not go well for his little family. Sometime that year Andy moved away. He didn’t need a house anymore. He didn’t have a family anymore. Without saying anything about it he was just gone. He even left the family dog behind without saying anything about it, a mutt was called Freddie. A few weeks later we discovered that Freddie was going to have pups. We had never paid enough attention to notice that Freddie was a girl dog.

I wrote to Andy Jr. on Facebook about five years ago. He said that his mother had died. His dad was living in the city. He had not talked to his sister in twelve years. He said, “The whole family just split up.”

Christmas is the most wonderful time of the year. It really is, but only for those who really know why and we live is a world of hurt everywhere all the time, even at Christmas time. So I know it can be hard. I know you have your disappointments. I know you have your difficulties. This has been a hard year, but living in a world of hurt means we are surrounded by opportunities to show the love of Christ.

What Are You Becoming?

Running Into A Storm (Jonah 1) Video

Hope When You Are Threatened and Troubled (Sermon) Video