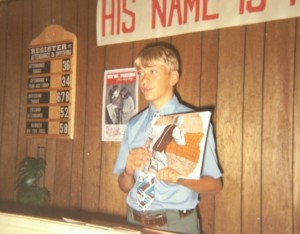 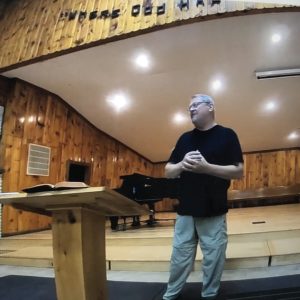 Sunday I will celebrate my birthday. My 57th Birthday. My 57th spiritual Birthday, that is. I was saved in family devotions when I was five years old. I have been a Jesus follower for almost as long as I remember. I’ve always been grateful to know the Lord, but I’ve often been discouraged by the slow pace of my spiritual progress. I should have been many, many miles further down the road to spiritual maturity for as many years, as many Bible Schools, Sunday School lessons, Bible seminars, seminaries, Bible colleges, Christian camps, Christian conferences, recordings, videos, and books as I have experienced.

Lately I have been thinking about injustices I have overlooked. Here is a story that touched my heart.

A Heart of Justice

When Bryan Stevenson was a little boy his mom saved up enough money for he and his sister to get on the church bus to attend the new Disney World that had just opened up. They were going to stay in a hotel with a real swimming pool.

He said, “My sister and I had never been in a real swimming pool. As we pulled into the hotel my sister tastes screaming with delight. We plunged into the pool and it was every bit as glorious as we had hoped it would be. We were having the time of our lives until we realized that other parents were grabbing their children and pulling them out of the pool.

Finally, there was one boy left and his father pulled him from the pool. He had an angry look on his face and Bryan said to him: “What’s wrong.”

The man snapped back at him, “Your what’s wrong, nigger.”

You see Bryan and his sister were black and they were not welcome in the pool. Bryan did not get angry or violent. His mother challenged him to get an education and try to do something about the injustice he saw all around him growing up.

He became a defense attorney. He started an organization he called the Equal Justice Initiative. He has represented hundreds or innocent or unfairly sentenced people. He has argued a number of times at the Supreme Court.

“When I argue at the US Supreme Court I read what it says over the door; “Equal Justice Under the Law.”

Bryan Stevenson wrote a fascinating book called Just Mercy. has said; “It is more dangerous to be poor and innocent than it is to be rich and guilty in America.” It’s going to turn out better for you if you are rich and guilty, then it is if you are poor and innocent.” From childhood, deep in his heart he has had a powerful craving for equal justice. He said; I still have a powerful memory of standing in the corner of that pool holding my sister’s hand and trying to not cry.” 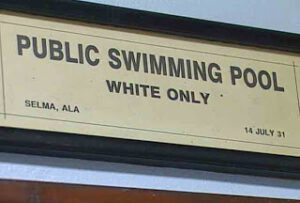 A Heart for Justice

One of the graces that should govern the heart of every Christ-follower is justice. Justice is a part of holiness. All kinds of justice should concern us. We should have an eye for those who are poor or weak or without power and privilege.

In the next few weeks I will complete preaching through the Revelation. The book is filled with judgment, with acts of God’s justice. God concerns himself with justice. In the end God will settle all matters of injustice in on earth and in heaven. Until then we long for, pray for, work for, and witness for God’s will to be done on earth as it is in heaven.

I think God sometimes allows us and those we love to experience injustice so that we will have empathy for people whose suffering we would never otherwise understand. His heart is tender to those who suffer injustice. I want my heart to be like his.

2. Consecrate Yourself to God (Video)