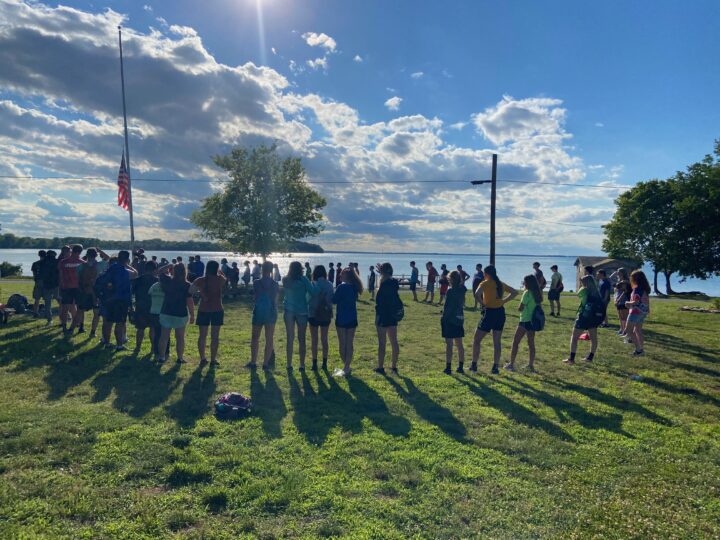 I always tell young people God did not give us a spirit of adventure just to climb mountains, ride roller-coasters and bungee jump off bridges. He gave us a spirit of adventure to take the gospel to the ends of the earth. Last week I spent the week preaching on an island! How cool is that? For over 50 years I have wanted to visit Camp Patmos on Kelley’s Island in Lake Erie just north of Marblehead, Ohio. Well last week I was an invited guest and the camp speaker. I drove Spurgeon (our trusty ministry GMC SUV) out onto the ferry and we churned out to the Island on a day so windy you could not carry on a conversation. The water were pretty choppy. The huge ferry kept rising and falling in the water and wave would splash over the deck. A gospel adventure!

When I was a boy there were three camps in Ohio that were associated with the fellowship of church we had connections with. Scioto Hills deep in southern Ohio, Skyview in Homes County, and Camp Patmos on Kelley’s Island. I was able to attend Scioto Hills one year. In 2017 I preached for a week at Skyview, now I have been to each of them. It was my privilege to preach to Sr. High campers during their first week of camp. 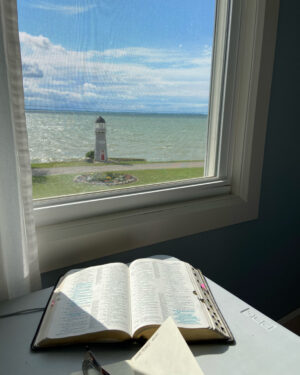 I was shocked when they showed me to my room. I did not know what to expect. I was not sure how rustic the “camp” experience was going to be. My room must have been the most beautiful room on the Island. The camp occupies a place on a thumb-shaped peninsula and the heart of the camp is an old stone lodge that has been modernized and expanded into a beautiful dining hall with a large veranda facing the lake and modern guest rooms. I was given a room overlooking the lighthouse looking out over Lake Erie to the tower at Put-in-Bay on South Bass Island. From my room I could see over shining water into Canadian waters and Pelee Island. 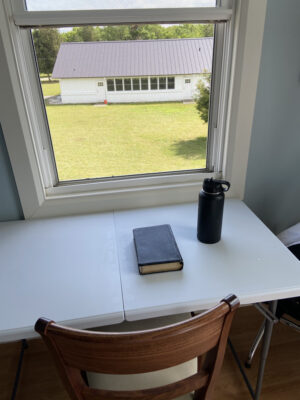 Dave Sellers directs Camp Patmos his wife Kristi and two of the children, Cardin and Castille  are actively involved in the daily operation of the ministry. They and their staff were a great team. The experience was sweet and it looks like Lois and I will be invited to return to speak at a Family Camp there in the future.

The campers were very receptive. Some trusted in Christ for salvation. Others had deep, meaningful gospel conversations. Some of their stories were very hard to hear. Some were promising. There were many believers among the campers and most of them carried their Bibles to chapel and took careful notes. Brandon Bennett lead the worship. He did a great job. The singing is still ringing in my heart. 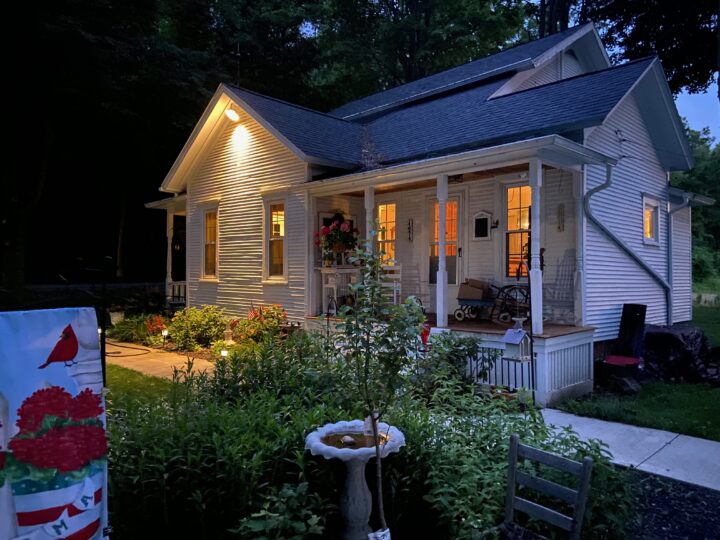 Snake in the Washer

Late one night while I was soaking at Camp Patmos on Kelley’s Island in Lake Erie, Lois called. She was very, very upset. At first it was difficult to make out what she was saying.

“Calm down. What is wrong.”

“We just can live here anymore. We have to sell this place.”

Me, “Sell Bittersweet Farm. Are you kidding?”

“That basement. I hate it. I went down to do a load of laundry and there was a black snake in the washing machine!”

“Did it have stripes?”

“Yes, I think it did. I didn’t stay around to look at it. It was moving around. I’m petrified. Ken, I don’t know what to do. We have to move. I cannot live in a house with snakes.”

Me: “I don’t think that would be a black snake. It would be a garter snake and they really are harmless. They are not poisonous. There are no poisonous snakes in Michigan except on Bois Blank Island in the Straits of Mackinaw.”

“Ken, I don’t care what kind or color it is. I cannot live in a house with snakes.”

Lois’s grandmother were country people from the mountains of Kentucky. I know here grandma Banks killed chickens with her bare hands and I’m sure she would dispatch quickly of a snake if she encountered it in the berry patch.

“Sweetheart, what would your mamaw do if she saw a snake?”

We thought for a while and remembered our brother-in-law, Jim Evans. Jim is an outdoorsman, a man’s man and an Eagle Scout. He lives 15 minutes away. I called Jim and talked to Lois on the phone until he got there. She left the phone on “speaker” so I could hear the events as they unfolded.

“It’s dead. It’s not coming back in the house.” Jim assured her.

We thanked Jim. He was glad to help. He was on his way back home at about eleven at night.

I’m home from my speaking on the island and I have had a chance to talk Lois of the ledge a bit. I am not the official laundry man. Lois says she will never enter the basement again so I guess I can turn it into a man-cave now and I will be getting a workout going up and down the stairs washing and drying and avoiding reptiles.

Lois wanted me to call our realtor friends and have them list the house, but I finally have gotten her to agree to call a contractor and build an upstairs laundry room.

I kept telling Lois how harmless a little garter snake is, but nothing I said convinced her. It only agitated her more and made her more determined to sell the farm. I made a note of out harmless a garter snake is on Facebook and our youngest daughter, Hope posted: “Yeah well the last time a woman thought a snake was harmless it didn’t end well for humanity…” That is what we get for giving her sound theological training, I suppose.

Leo Cumins has a ready wit and a spiritual perspective on things. He is the long-time former pastor at Bethel and current elder and my friend. He read about out little experience and wrote: “That is the trick to have a house in the country, but not to let the country get into your house.”

I’m home and we are searching for a good contractor to build a snake-free, first-floor laundry room. 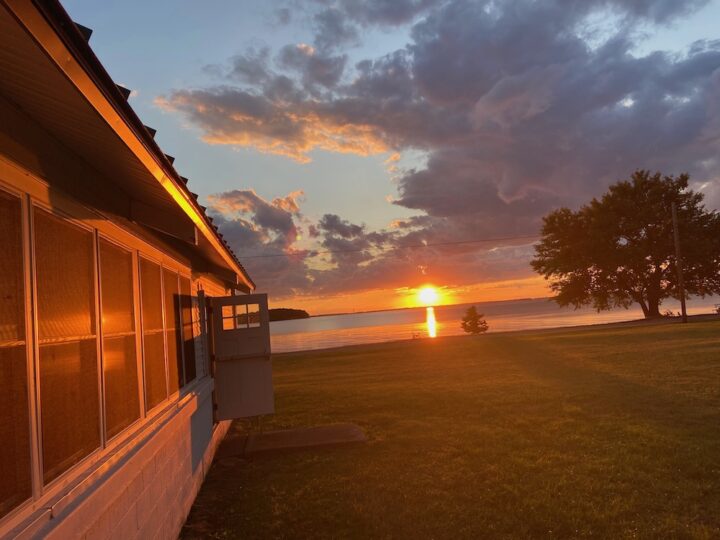 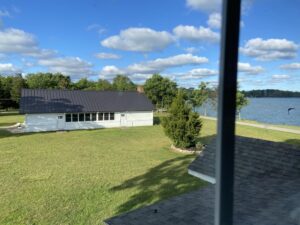 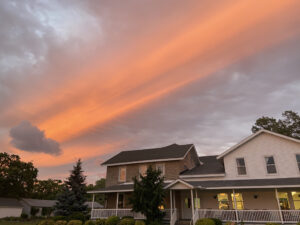 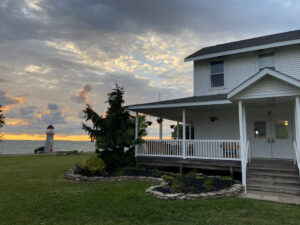 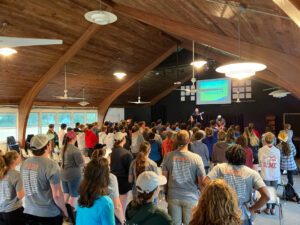 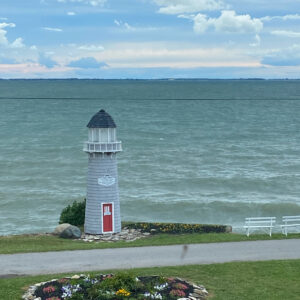 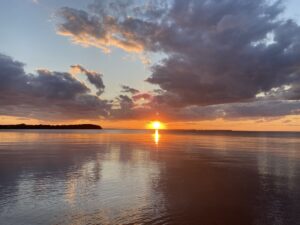 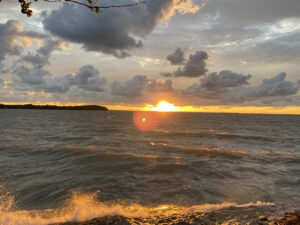