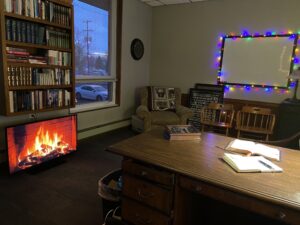 Last Sunday when I got home from church it was sunny and warm enough for me to brush the last of the leaves from the flowerbeds and coil the hose for the winter. This Sunday we awoke to three inches of snow. I rose at five and plowed and two days later I plowed an equal amount for a second time.

It’s the evening of the first of December as I write. I’m in my study by my “fire” writing at my desk. I found some colored lights to festoon the wall of my study and some white lights to add a glow of warmth and beauty. I’m burning a pine-scented candle on my desk, a second rejected by the Preacher’s Wife Candle Company. I’m enjoying a playlist of Christmas music.

Playlists used to be mixtapes that I recorded myself using my prized dual cassette deck and spending hours creating cassettes that would play and loop for hours in the house. The soundtrack to whatever rowdiness was currently going on at home with five, six, seven, eventually eight children, a household of ten people.

Things were so thin. I made use of the library especially at Christmas time to get my heart in the spirit of Christmas. I would browse among the books and tapes to find Christmas stories and music. I would be three or four weeks ahead of others trying to get my head and my heart into Christmas. I checked out dozens of warm-hearted Christmas books for the children and beautiful Christmas music-sacred music. I discovered recordings that are still family favorites today… Still today they bring memories back so powerfully you can almost smell the fragrance of them.

The children are making their way in the world, building their own families, making their own Christmas memories, widening the circle, size and influence of our family from Oregon to New Mexico to Texas, Wisconsin and Michigan.

It warms me to think they carry with them warm memories of the weeks coming up to Christmas. Maybe those memories are as sweet as those of the day itself. Anticipation and simplicity. If it snowed, that much the better. Out in the night we would walk under the moonlight crunch along or we would bundle up and make an excuse for a drive, warm like a sleigh-ride, music always on the radio.

Anyway, December is here again and snow and Christmas is coming and the world right now needs the Christ of Christmas. The celebration of the Nativity is upon us, praise be unto God, don’t miss it. Here is a little story about something that happened years ago with out daughter Heidi, who is now a mother of two beautiful children and lives in the beautiful winter wonderland of Wisconsin. 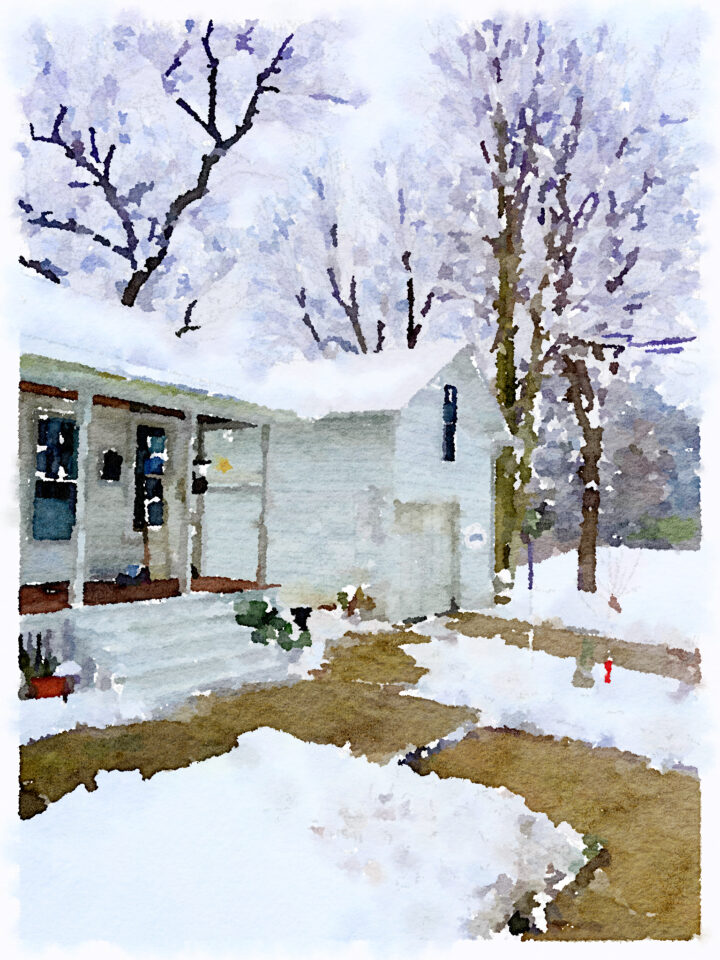 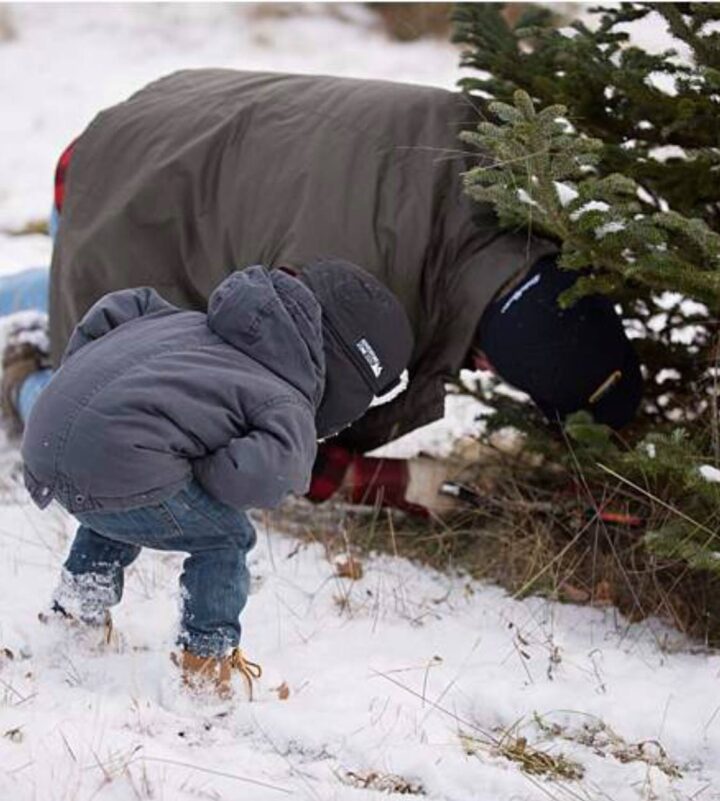 A dad sees his daughter growing up before his eyes. He sometimes feels that she is “getting away from him” Time and distance seem come between them and he longs for close fellowship with her. Sometimes at night when he thinks of her he remembers her when she was just a tiny girl. It was her birthday. Mom had decorated a tree in the front yard and made a cake. In his memory she darts out the door and runs around the tree fifteen or twenty times. The memory brings up an ache in his soul. He remembers her opening her Christmas presents. He remembers her tree swing. There is a little pang within him. He doesn’t want it to turn into distance and regret.

One day a few days before Christmas she came in to his office, sat down across the desk from him and looked him squarely in the eyes. Her eyes were clear blue like a mountain like and she looked at him steady in the eyes. She is upset because she helps but does not feel like she gets any money. She works hard but he doesn’t have her on the payroll of the family “business.” She comes to her dad and asks why. So he adds her to the payroll, but for now he has an idea. He comes back to her later where she is working and he gives her a fifty-dollar bill. When he hands it to her she begins to cry and says no. He begins to cry and pushes it back at her. Something is cemented between the two of them in the exchange. Their tearful eyes meet and there is wordless understanding between them.

She went off shopping. While she was gone he thought about how sweet it was to have such a daughter. To see her work. She works hard. Gets things done. She is quiet. She is growing from a cute girl to a beautiful woman. Any dad would be proud of such a daughter. When he gets up early the next morning she is up too. She slips into his room in the quietness of the early morning. That is unusual.

“What are you doing?” he asks.

“Why are you up? What were you doing there?”

“I was giving you your money back,” she says quietly.

I’m over sixty and the nest is empty now. I have more time for my thoughts than maybe ever before. Often they are memories, sweet memories of the noisy house filled with ten people at Christmas time. Guest coming over sleeping on the floor. A run to town for things to for the girls to make cookies, carols on the radio. Rowdy boys wrestling and breaking things.

I have plans and dreams and aspirations. There are books I am going to write, Lord willing, and I want to be a blessing to the people of Bethel. We have a growing number of grandchildren. Just keeping up with them will gives us much to look forward too, but when first I turn the Christmas music on in my truck, my mind goes back to sweet memories like fighting over paying back fifty dollars used for Christmas presents and I have to turn the music off for just a bit because I cannot see to drive and I pray that those eight children experience the joy they gave their mother and I.