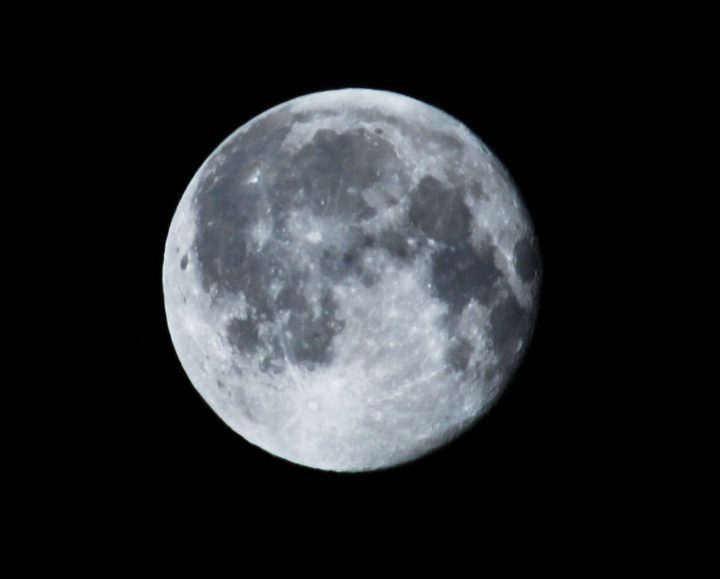 There is just a little hint of thaw out on Bittersweet this morning. We have a house guest this week, an adorable little female dog who belongs to our daughter Hannah. Her name is Peppermint. I let her out last night before climbing the stairs to bed.

The acres we call Bittersweet ware covered with snow and bright with moonlight. The scene was inky blue and silver. I left flood light off lest I profane the romance of moonlight on the farm. While Pepper darted around and for a while I stepped out onto the porch to drink in the cold night air and watch the moon and is luminous effect on the farm. The trees have their own beauty, leafless dark pencils reaching skyward silhouetted again the sky.

Smoke ascends from the houses out along the road to the east. The moonlight changes altogether the way the woods across the road looks. The light illuminates the dark trees penciling up out of the snow and branching into the sky. It is a scene of haunting beauty. The same wood at sunset with the golden or orange sun shining through it from the west is a different beauty altogether.

Here in the mitten we can count on a month and a half of wintery weather yet. We will have a wintery bit in April before genial winds blow in this part of the world. I will travel on a couple weekends early in May. South the first weekend. North a couple weekends later in mid-May. As sure as clockwork I will see dogwoods under the canopy of the forest on the way north and the boreal look of the forest will be tempered by the budding of Maples and Oaks, Birch, and other deciduous trees of the north. And spring will be here to stay.

But we have yet some good-reading-by-the-fire nights still to enjoy. We will have some weeks of turn-in-early-and-add-a-cover nights. It will still be about a month before I go out and open up my writing loft for the season. (I write in my loft from about March to November). It will be a couple months before we move our reading out to the porch in the evening. We still have a bit of time to tramp through the snowy woods if we are moved to leave the warmth and comfort of our little home.

The Power of Listening

James* and I left after dark and arrived at our cottage about a half an hour before mid-night. We would spend three days there in lovely Brown County, Indiana. Our tidy cottage in the woods had private rooms and private baths, a kitchen and a main room with comfortable chairs pointed toward a large stone fireplace.

The purpose of our trip was to get professional biblical counseling for James. The  program involved three days of intense counseling sessions and weekly phone consultations after the sessions. I came along as a silent advocate. My job was to take notes and listen and help James later to apply the things he had learned from the counselor. What I observed in those days deeply moved me and influenced the way I do ministry today.

After breakfast the first morning we met the counselor and introduced ourselves to one another. The counselor began to draw out of James the story of his life a few years at a time. One question followed another and soon it was time for lunch. James had taken most of the morning to describe his first five years of life. The pace was slow. The listening deep.

I listened and took notes. We had lunch and gathered around the stone fireplace. The counselor was unsuccessful at getting a fire started. I was not confident I could either. James, seeing that our bushcraft was thin, proceeded to arrange the wood in a unique pattern and soon we were warm to the bone with a deep and satisfying warmth and bathed with yellow light from the fire. For the rest of the winter weekend James tended that fire.

Since I was familiar with the issues James was dealing with I was eager to hear what the counselor would say to him, but on into the afternoon the counselor asked more questions and slowly and methodically unwound James’ life a few years at a time. He gave him no counsel. On through the afternoon he listened to James, nodded, took notes, and asked clarifying questions. When we broke for supper the counselor hid not yet offered a single word of counsel.

The whole day was a day of deep listening. After a good supper we settled back into our chairs around the warm circle of the fire and listened more to James’ life. That night the counselor left without having offered a single word of advice or counsel. He gave him no assignments.

We were tired and went to our rooms. I lay under thick covers and prayed. Even though the counselor had not given a word of counsel and I had not said a word or asked a question, I was learning the power of deep listening and it was changing me.

Eventually, of course, the counselor began to match Bible teaching with patterns of sin in James’ life, but not before he had listened so deeply that at one point it was all I could do to keep from bursting into tears.

A profound thought occurred to me. Very few people ever in their whole life have people listen to them so deeply. We often listen just long enough to give advice or opinion or tell a story from our own experience. What would happen if someone would deeply listen to others for hours before they gave any advice. How profoundly would a person come to understand themselves if listened to like that, without giving them any counsel at all?

What would happen if we listened to people that deeply. How much better we would understand each other. How much would people feel cherished and loved? Everyone should have someone who will listen to them deeply.