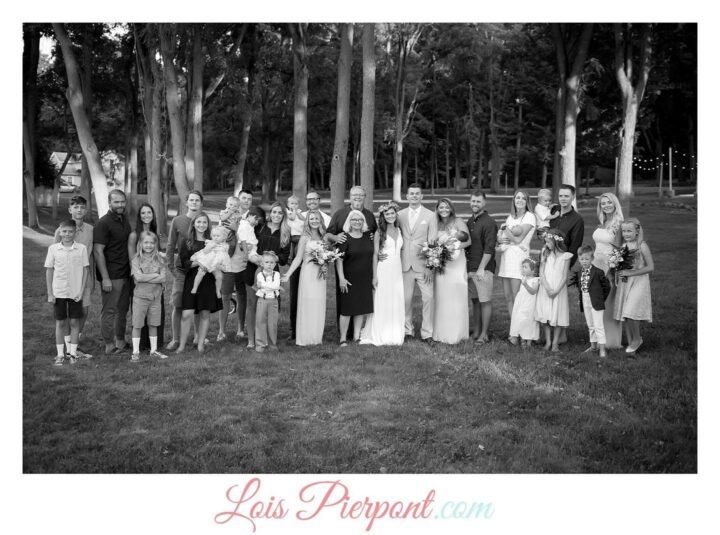 Mother’s Day Tribute to Lois 2021. See this tribe–see the woman in the middle with the black dress and the pretty white hair? She is the mother of four sons and four daughters, grandmother to a growing group that will soon number seventeen grandchildren.

On Sunday morning for many, many years, I got up, showered, got dressed and left for church. Usually it was around five in the morning. When I got up to preach I would look down and to the left and there would be a whole pew full of beautiful children all perfectly dressed and groomed for church.

When I would say something in the pulpit I could feel the collective “eyes” of the congregation turning toward the people on that pew.

Today I want to give public honor to the woman who dressed and bathed the children, taught them to read, made them clothes, fixed them food, helped with the finances, decorated the home, watered the flowers, filled the home with music and the fragrances of good food, curled the hair, found the shoes, changed the diapers, nursed the babies, cleaned up the messes, did the dishes, washed the clothes, moped the floors, cleaned the toilets and showers, and did a thousand other things I didn’t see because on Sunday morning I got up and left for church before light.

I had no idea. I first saw you on September 8, 1978. I saw a pretty girl with long dark hair and brown eyes in a pretty dress. Soon I was spending all my energy and creativity trying to get you to the church to be my wife, but I really had no idea.

I had no idea that you, who did not at all profess to have any interest in being a pastor’s wife, would join me in Christian ministry for 43 years.

I did not realize that we would run a huge “Christian Hotel” together, travel all over the place, make so many friends, and survive some enemies together. I had no idea how tough you would be when someone mistreated me and how dangerous and determined you would be when they mistreated our children.

And I had no idea how beautiful would be the stories of God’s provision for all of that. I could write books… well I have written books.

I give you public honor today. I rise up and call you blessed. I stand in the gates and praise you.

Here is to the next book. Maybe I will call it “I Had No Idea.”

Like this picture, you are in the center of all my best memories in life. Let’s hold hands and walk the beech soon.

P.S. I had no idea that you would not like holding hands or that I would need a whole barn to store all your stuff….

I just had no idea.