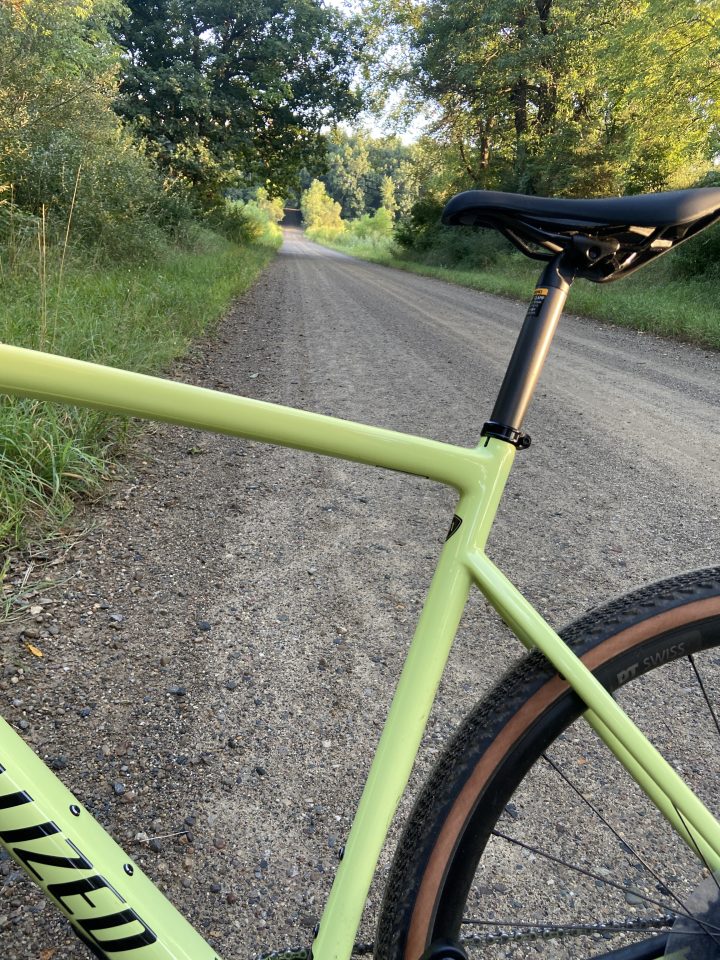 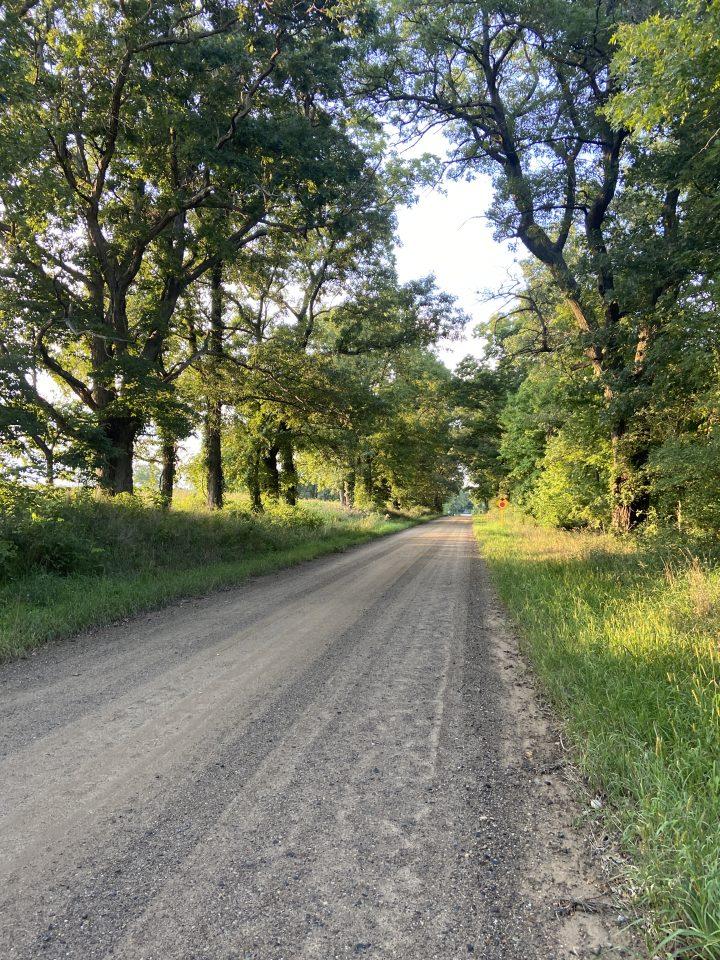 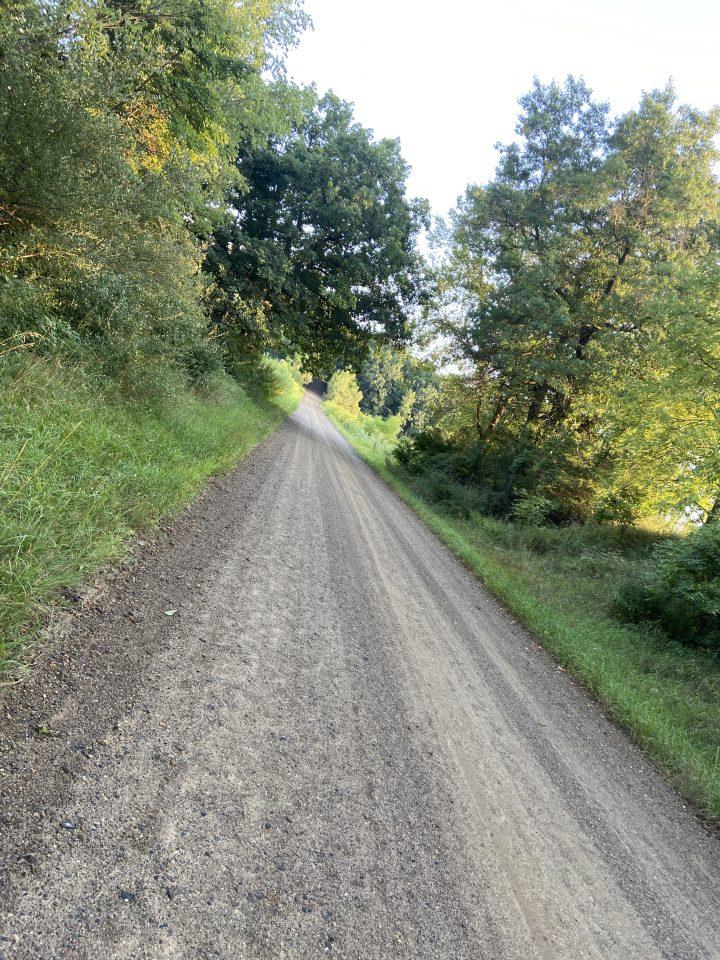 On my day off I often drive the back way to the village for breakfast. I like to sip my coffee and roll through the countryside and watch the seasons turn. Last night I rode 18 miles through the countryside at dusk on my lime-green gravel bike (still thinking on an appropriate name) and noticed the beauty of the cornfields the play of sunlight in the clouds.

Early in August a weather system from the north brought cool temperatures to Bittersweet Farm and a couple of days of steady soaking rain. I sat in my window writing one afternoon and just listened to the rainfall for hours. As a result we are enjoying a green, green August. It’s cooler than normal and sometimes early or late in the day it feels like early fall.

Things are growing. It almost seems like you can watch the corn grow. September and October corn are dry and golden brown. June corn is tender and short. July corn is growing green and lush, but August corn is tall and in the tassel. It’s beautiful to behold especially in the evening with the blue sky overhead or in the morning with sunlight shining trough.

I have spent many hours outdoors this summer. I committed to two spring men’s retreats and two fall men’s retreats and only one summer camp this year so I spent my summer concentrating on preaching through Daniel, shepherding Bethel, and riding my bike.

I’m up early and thinking about big things. I have big projects and big plans and big dreams and big ideas, but it’s hard to make big things happen. Sometimes I dream about what it would take to reach the tens of thousands of people in our county who don’t really experience the love of God or taste the sweetness of his mercy. Really, I dream and think and read and pray about that a lot, but I only personally touch a tiny number of them.

I’m embarrassed to admit how eager I am to speak to big crowds and be invited to big places and have lots and lots of people read my books. I have fantasized about being a best-selling author when I should have written a note of encouragement to a loved one or parishioner.

When I think of it, I can be so fixated on the grand and grandiose that I don’t see the simple things I can do right in front of me. I could pay for the breakfast of the person behind me in line with the old car with the loud muffler and the truck held closed with a belt. I could help somebody whose resources are slender move into their new apartment. I could visit a lonely person for an hour and bring them lunch. I could buy breakfast for a young man whose father was never really in his life and help him learn some of the things my dad faithfully taught me. While I am waiting for an invitation to speak at a great evangelistic rally, I could make quiet conversation with a neighbor, love them and nudge them godward.

I know a lady who makes pumpkin bread in the fall and sells it to raise money to send boxes for Operation Christmas Child. She isn’t really out to change the world, but because of her small, repeated efforts hundreds of children somewhere in the world will get a Christmas Box this year and they will hear the story of Jesus.

In the early morning hours like this one, when my heart is quiet, I remember the power of small and simple things oft-repeated. Speaking to a few men down at the jail, or a small class at a Christian School, or a little homeschool co-op gathering, or a humble, modest, out-of-the-way camp. I realize that big things often grow from tiny seeds quietly planted and faithfully watered and tended with quiet, faithful love. A small group could make a big difference for someone, a circle of prayer, a small bible study, a little team of ladies conspiring to love.

Out on Bittersweet Farm I have a huge project in mind. Done right it would take a lot of time and cost a lot of money. In my fertile imagination I can see the finished product and imagine my joy and satisfaction when it is complete, but it is an overwhelmingly large project so I keep pushing the start of it down the calendar. What I really need to do is take a small load of stuff to the Goodwill. It wouldn’t take much to start. Just a small beginning would be a big victory.

When I am quiet enough to listen to the still small voice I can hear it clearly, just do the small thing in front of you faithfully over and over again and one day you will see what God did. I remember the little boy with the loaves and the fishes and what happened when he gave them to Jesus.

John 6:1-9 Some time after this, Jesus crossed to the far shore of the Sea of Galilee (that is, the Sea of Tiberias), 2 and a great crowd of people followed him because they saw the signs he had performed by healing the sick. 3 Then Jesus went up on a mountainside and sat down with his disciples. 4 The Jewish Passover Festival was near. 5 When Jesus looked up and saw a great crowd coming toward him, he said to Philip, “Where shall we buy bread for these people to eat?” 6 He asked this only to test him, for he already had in mind what he was going to do.
7 Philip answered him, “It would take more than half a year’s wages[a] to buy enough bread for each one to have a bite!” 8 Another of his disciples, Andrew, Simon Peter’s brother, spoke up, 9 “Here is a boy with five small barley loaves and two small fish, but how far will they go among so many?” 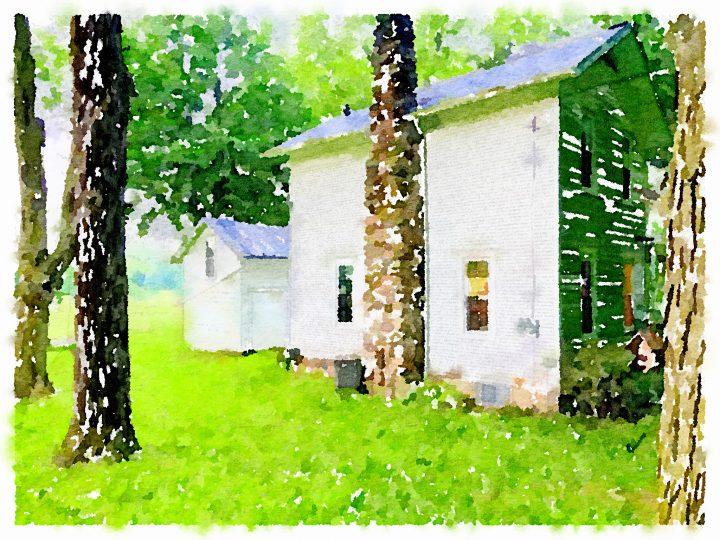 On the Banks of Laurel Creek