Sunday, we announced that on the last day of the month Jordan Napier will join our pastoral staff at Bethel Church to serve as Pastor of Youth and Family Life. Jordan is married to Marissa and they have three children. We are thrilled that God has brought them to us and anticipate and long and fruitful ministry together with our current team. Jordan and Marissa are Michigan people and they are eager to serve at Bethel Church. 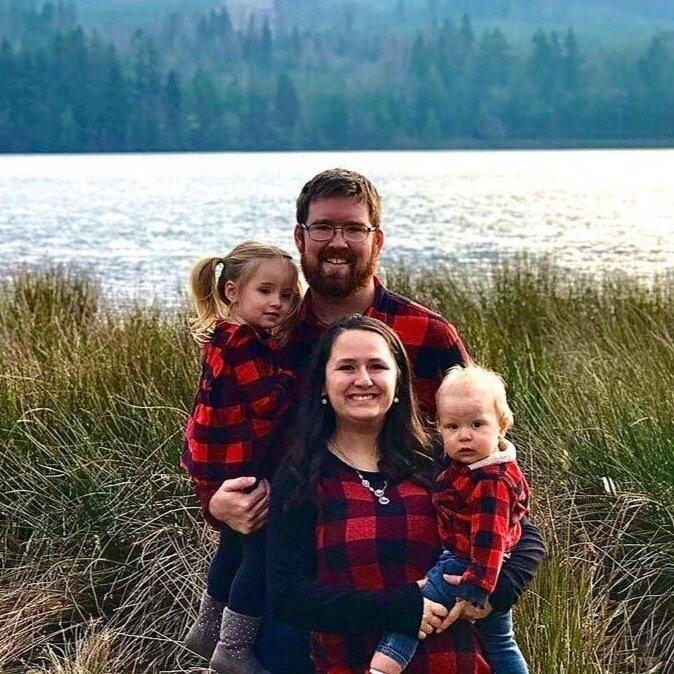 I wonder where you are and what you will be doing when you read this. I wonder how you are. Are you happy? Are you sad? Are you afraid? Are you bored? I could ask like my mother, “Are you rested? Have you eaten well today.”

I send these little stories out faithfully to contribute to your spiritual and emotional well-being. I like to think these little slices of life inspire or encourage you. Maybe even sometimes they gently convict you and nudge you Godward. Please do stay in touch. I’d like to know if these stories are a blessing.

I took a long walk the other day way back to the north margin of the neighbor’s field. Along the way I noticed that this time of the year the margin of the field is full of bittersweet. At the sight of bittersweet I always pause to lift up a grateful heart to God for making so many bitter things sweet. Every fall the fields remind me again.

Friday I was in Williamston on my way north. I stopped at Chuk’s house in the village (He pastors the First Baptist Church there) and we spent some time together. We even rode our bikes long enough to justify a trip to the coffee shop for seasonal drinks. On the way I passed a wide golden and yellow field with an even wider sky over it. The sun shone and against the scattering of clouds on blue sky a skein of geese flew south and west and then I noticed another and yet another. The whole sky in every direction was filled with geese flying in their winsome formation across the autumn sky.

It’s my day off today. After a couple small chores this morning I spent the day writing in my loft over the old carriage house out back. I have a little device that informed me that while the temperature in my writing loft was rising, the outdoor temperature was dropping into the low forties. Something about the warmth of the heater and the sound of rain on the metal roof is conducive to writing. From where I write I can sip strong coffee and keep an eye on the progress of the leaf-fall. When the big maple that turns yellow orange in October is bare I have to attack the leaves with vigor, but until then I’m like the man in the picture with the dog and the boy looking out over the vista of autumn by the rock wall, and I am just drinking in the beauty of it.

Lois will be home soon and we will have dinner, and Hopey is going to stop by, but first I wanted to get this little story off to you. It’s the story of a God-sighting this weekend. There were so many. This one jumped out at me from an unlikely place when I wasn’t expecting it. Have you had that happen to you lately? I’d love to hear about it. 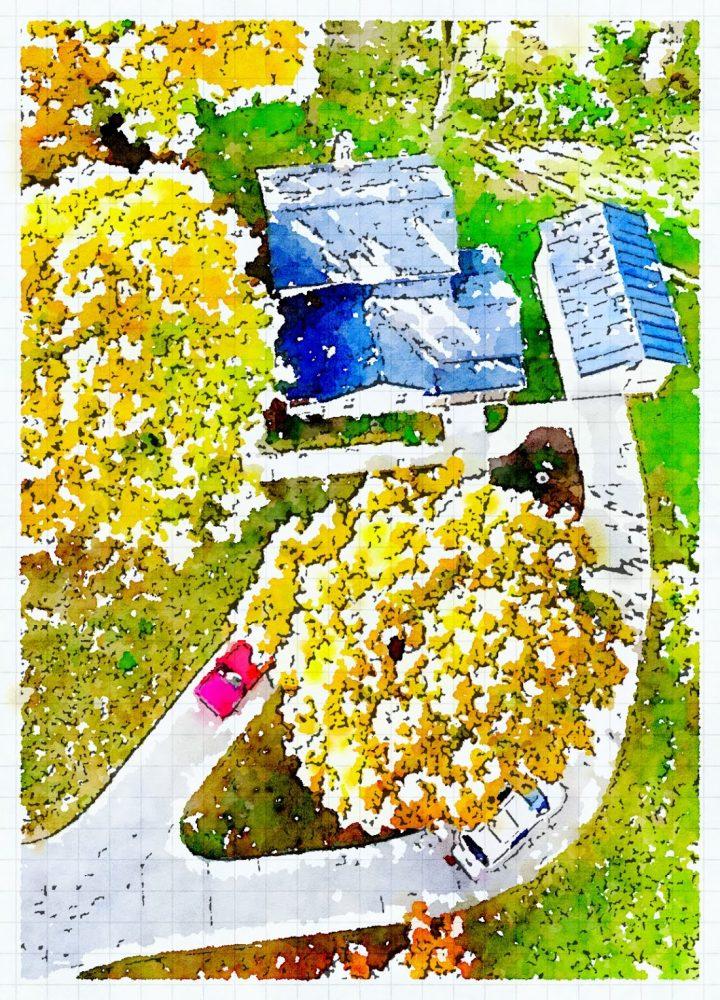 I’m spending a couple weekends away from the Bethel Pulpit circuit-riding. Last weekend I spoke at a men’s retreat. I opened my talk by asking, “Who of you has a special skill or talent?”

We had a pretty, gifted bunch assembled there. One older gent was proud of his cookies, and all his friends chuckled and confirmed his baking skill. I asked for samples and they chuckled more and said there were all gone, rubbing their bellies.

The crowd was sprinkled with hunters, a young airplane mechanic, a young motorcycle mechanic, a few pastors, a beef farmer (You can cannot successfully farm without an impressive cluster of useful skills and talents so we know he was skilled and talented).

One man was gifted and finish carpenter. His photos proved he was unusually good at it. Young Eric was very interested in fishing even though sleet fell hard between Breakfast and Chapel. Dave, the worship leader, reminded us in each session that he was not good at it but no one took that seriously. He had a strong singing voice and played a beautiful Taylor guitar, and inspired powerful singing among the men.

One colorful fella’ successfully hunted a squirrel that was damaging his house with a Nerf gun and finished him off with his bare hands. There has to be a set of special skills in there somewhere.

At lunch one elderly fella told me that he sometimes plays harmonica duets with his dog.

“Are you kidding me? You play a harmonica with a dog? Really?”

His friend laughed and said, “He’s a ventriloquist and his dog isn’t a real dog and he’s not really playing the harmonica, it just looks that way.”

“Still,” I said, “Where were you when I was asking for guys with a special talent?”

The chapel is full of men with special talents and skills in the middle of the pack was a giant of a man named Richard. Richard was wearing a John Deere hat on a John Deere shirt. He offered that he was the proud owner of a vintage John Deere tractor that had belonged to his father, and his special skills were mostly associated with that. All weekend when he spoke of the tractor he called it “her” and “she” and, yes, he had pictures.

After chapel on Saturday morning, we had a long talk about it. He used his tractor and truck and trailer and talent for the Lord. He helped the men from his church pack a huge shipping container, bound for the mission field. He used his portable welding rig, his truck, and a special flatbed trailer to load and prep the container.

He quietly told me that the flatbed trailer was purchased with money from his parents estate after they died.They were faithful members of the church, and they loved the Lord.

When Covid hit the pastor had to find a creative way for the church to meet and he settled on the idea of an outdoor service. Richard, the John Deere guy, donated the use of his flatbed trailer for a platform. As he told me about it we were standing outside in the autumn air. He adjusted his cap and was quiet for a minute.

He said, “I know it’s what my parents would’ve wanted me to do…” As he spoke, big tears formed his eyes and spilled down on his face. Richard was up at the men’s retreat seeking God this weekend. Some kids don’t embrace their parent’s faith, but Richard did, serving him with all his heart and with a portable welding rig, a flatbed trailer, an old red Ford 350, and a John Deere tractor.