Here is an interesting article to help you celebrate Saint Patrick’s Day. Check out Kyle’s links, too. Here is a cluster of helpful links on the subject.

Last Sunday night I preached a message on how young people can experience romance the way God intended it to be. Let me know what you think. The message is an hour and five minutes long. So I guess you could call it a series. Make sure you have eaten first, you will be there […] 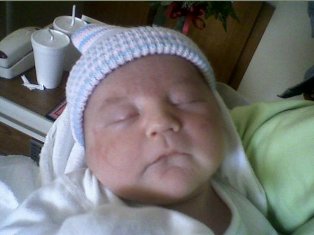 Today at 11:48 our second grandchild, a boy name Oliver Bruce Pierpont was born to Kyle and Elizabeth. He is their second child, their second son. We are thankful to our merciful God. The green sleeve belongs to Grandmother Lois. She is very happy. All is well. We are reduced to tears of gratefulness.

I’m a story-teller, so as you can imagine, I love a tale well-told. Who doesn’t? Have you noticed that modern cinema has a powerful way of telling stories? I can’t imagine there has ever been a more engaging way to deliver a story than the way stories roll out to us in modern film. Powerful […]

Adoniram Judson Two Letters Letter to Mr. Hasseltine Asking for His Daughter’s Hand in Marriage “Young Judson, before he had resolved to be a missionary, had made up his mind to the sufferings and privations which he well knew were in store for him. He thus wrote to Mr. Hasseltine, of Bradford, when asking for […]