Something about this story stirred me today. Draw near to God! http://www.wave94.com/audio/apples/2009/04_16.mp3 It reminds me of Greg Laurie’s sweet story. When you have some time click on this video and watch it. You will enjoy it.

I’m against beer. So is my wife. Put me in the “I’m-against-beer-for-life-category.” But one summer day a few years ago my Lois had a weak moment. She was tempted to buy a beer. She read somewhere that if you use beer on your lawn it will be green and lush and thick. (If that was […]

This evening I told a very special true story. Gather the children. Let me know what you think. https://kenpierpont.com/audio/20090412_Ken_Pierpont_Skipper_the_Missionary_Dog.mp3

Chuck Colson once said: “In the last century there was a great Methodist church planter who traveled around the country planting churches. While in Oregon one day, he read a newspaper report of a speech given to the Free Thinker’s Society by noted lawyer and orator Robert Ingersoll. In the report Ingersoll, an theist, was […] 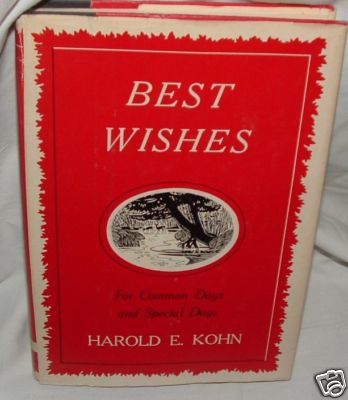 Harold E. Kohn was from Michigan. I still lived in my native Ohio when I discovered him. He was a fellow pastor, writer, lover of nature and Michigander. Once a year the Public Library of Mt. Vernon, Ohio had a generous sale to rid themselves of their discarded books. It was a bit of an […]